Most recommended: 7 ways to take screenshots on computers and laptops

You can use keyboard shortcuts or tools available on Windows, macOS, Linux to take a screenshot of your computer. Taking screenshots is one of the fastest ways to record content on the screen, such as web page content, error messages. You can use these tools below for many different purposes: capturing the entire screen, capturing a program window, capturing any part of the screen.

On Windows 10, 8/8.1, you can capture the autosave PC screen with just the following shortcut:

It may have been slightly modified if you can't find the PstSc key (depending on the brand).

Take screenshots and save them to the clipboard

Sometimes you want to take a screenshot but don't want to save it to your computer's memory. You want to send it right away or put it in photo editing software to make extra notes before sending, then try taking a screenshot but saving it to the clipboard below:

Photos after taking are saved to the clipboard. You need to press Ctrl + V to paste them into chat frames, comments, Word, or photo editing applications, such as Paint (I will guide detailed instructions below) to add notes or highlight photos. 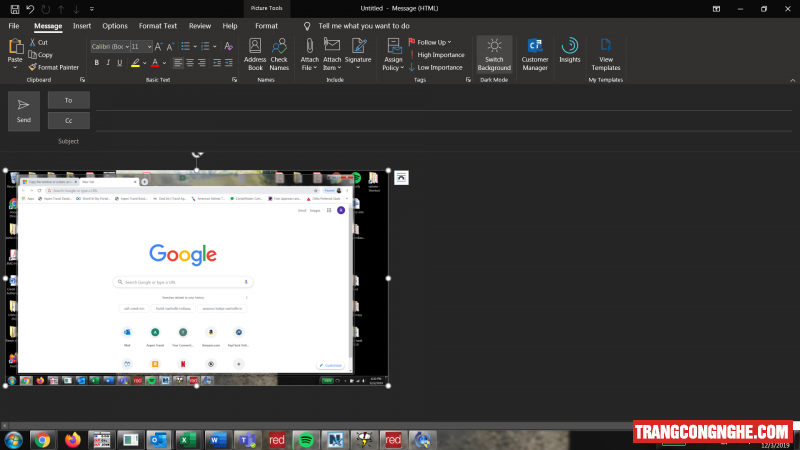 Snipping Tool is also a built-in tool on all versions of Windows, and taking screenshots with the Snipping Tool must be extremely handy.

Step 1: Enter Snipping Tool in the search box, click on the software appearing. 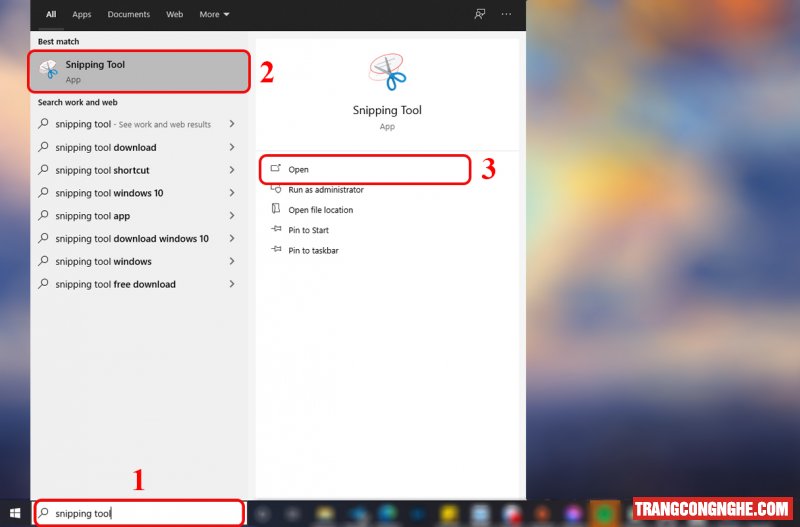 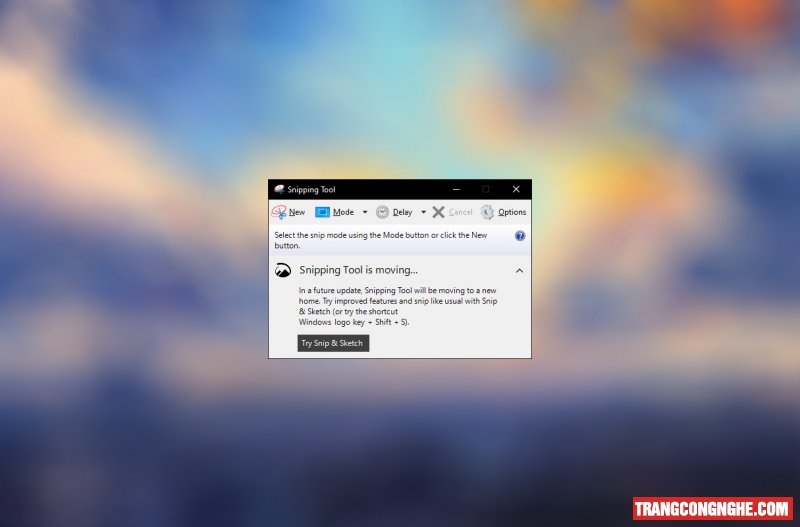 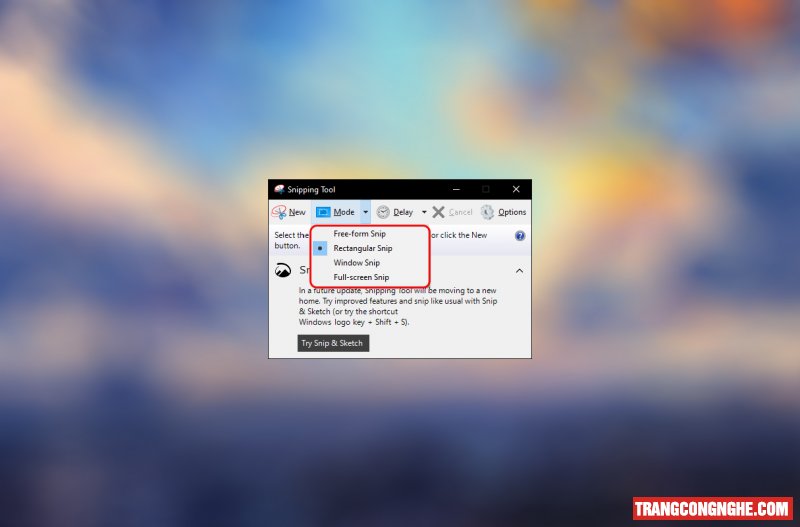 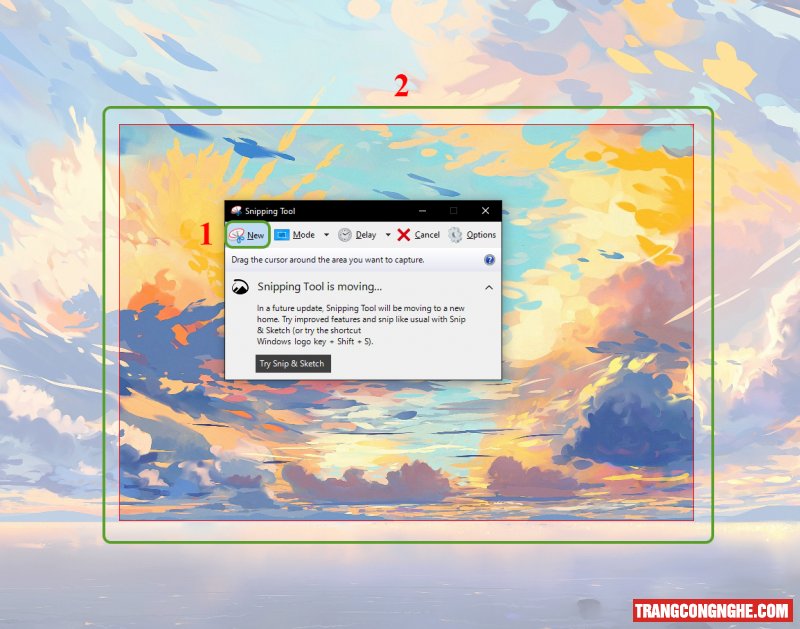 Step 4: Click on the screen, hold and drag to start zoning the screen you want to capture and release the mouse when circling is complete.

Step 5: Screenshot is created and opened in the Snipping Tool window 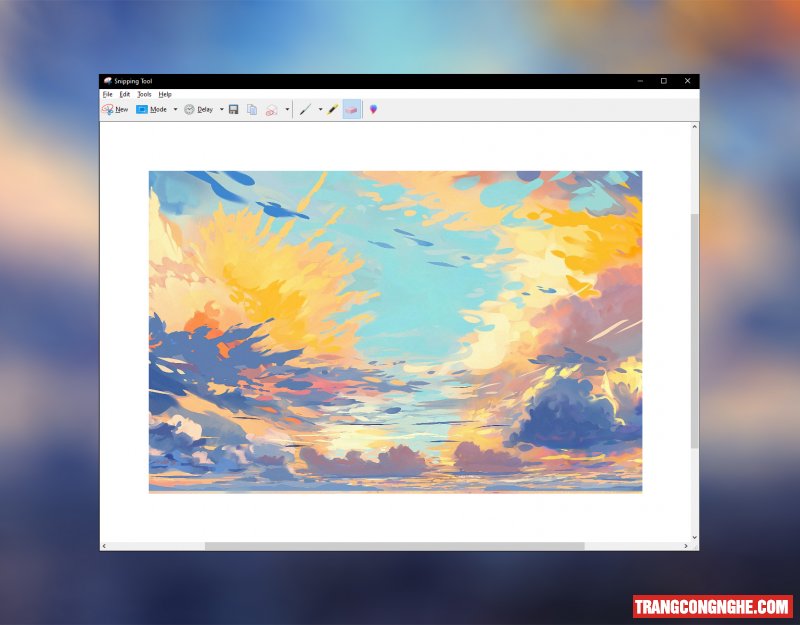 Step 6: Click the pen icon as shown to mark on the photo.

Snipping Tool will save the image to the clipboard. You can Ctrl + V to paste the image into Photoshop or Paint to edit it further (I will guide you below), paste it into a chat application like Viber, Facebook Messenger, Zalo to send to friends. Or Ctrl + S to save photos to the folder you want on your computer. 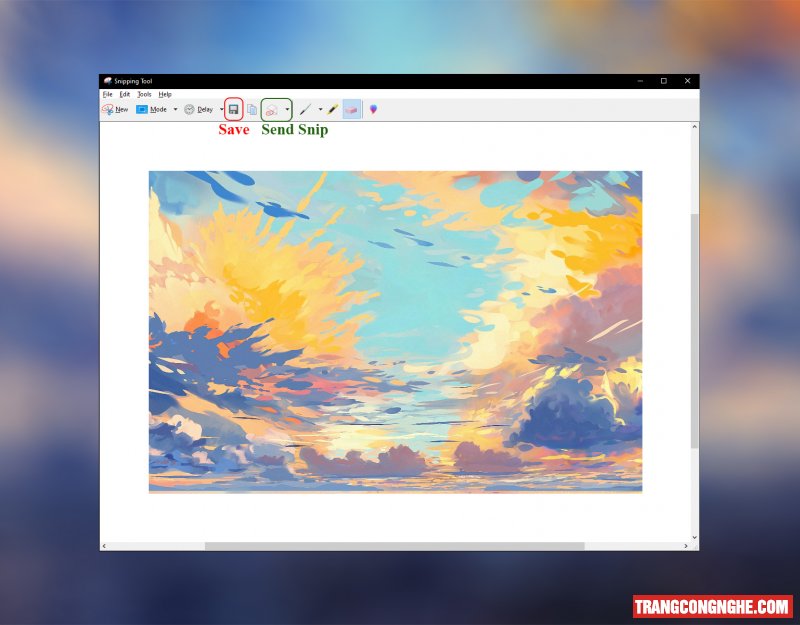 Windows 10 allows users to quickly activate the Snip & Sketch screen capture tool with the PrtScn button. Here's how to do it:

The installation is done. From now on, the Snip & Sketch screen capture tool will be activated when you press the PrtScn button.

Here's how to open the basic Snip & Sketch tool. You follow these steps:

Snip & Sketch is a pretty versatile tool. It allows you to take a screenshot as full screen, snap a rectangular tile, capture a custom tile with a free shape, capture an application window. After taking a photo, Snip & Sketch provides users with editing options such as cropping, zooming.

You can also highlight the subject in the photo, make notes with handwriting, ballpoint pen, pencil, or eraser. 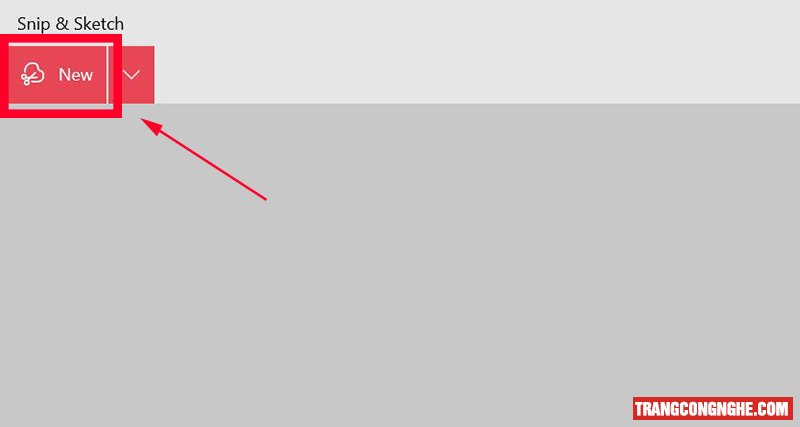 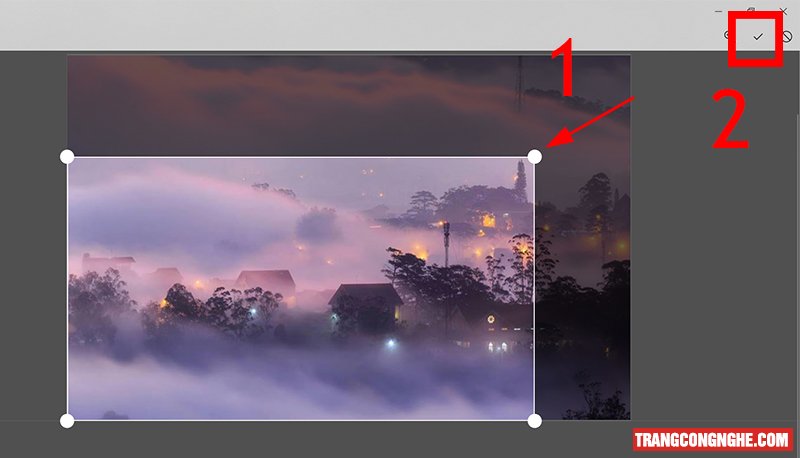 Make Notes on Screenshots with Paint

Of the four ways to take a screenshot above, there is only one way to capture the screen while editing, cropping, or writing texts on the photo. Therefore, you need to add another photo editing tool to do this. Below, I will show you how to take a screenshot and then edit it with Paint (an application available on the computer). This method applies to all versions of Windows from Windows XP, Windows 7, Windows 8 /8.1 to Windows 10.

You take a screenshot in one of the ways above. Then open Paint by typing Paint in the search bar.

If you only want to take a part of the screen you just captured, click Select, create a selection on the captured image by clicking and dragging the mouse, then click on the Crop tool.

Finally, you press CTRL+S to save the image.

How to take screenshots on a Mac

Below are steps to taking screenshots on a high-end Mac screen:

You can find the screenshot on the desktop with a name in the format Screen Shot [date] at [time].png 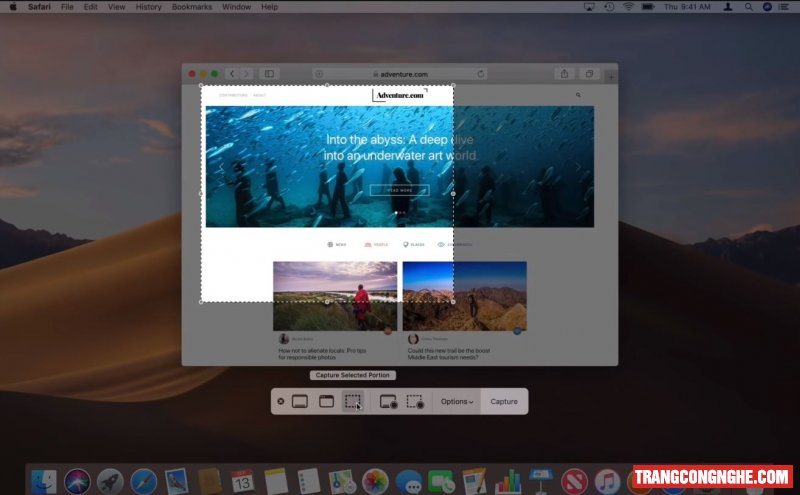 How to take screenshots on a Linux computer

To take a screenshot of Linux, use the Spectacle, Shutter, command line, or GNOME screenshot tool on Ubuntu. 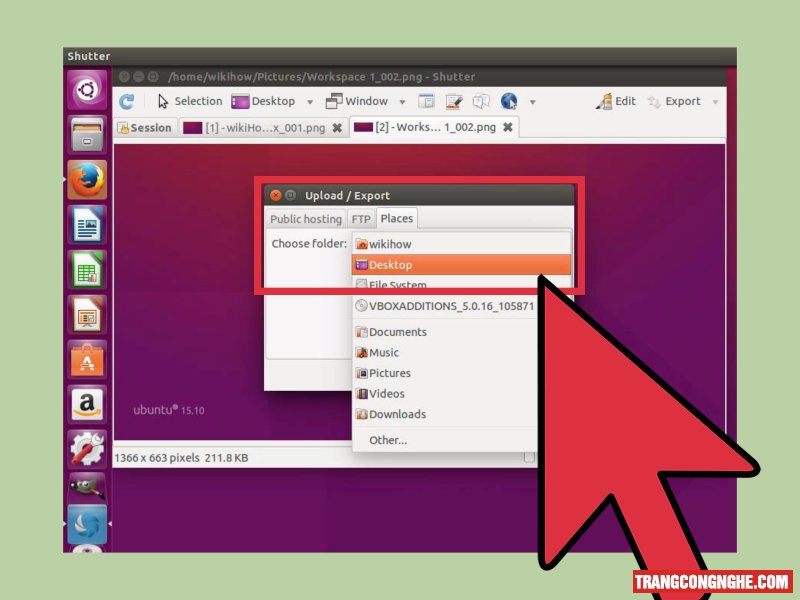 Above are some ways to take screenshots in the blink of an eye. Good luck!

How to use the Home button on iPhone 7

Zalo App: Outstanding features waiting for you to discover