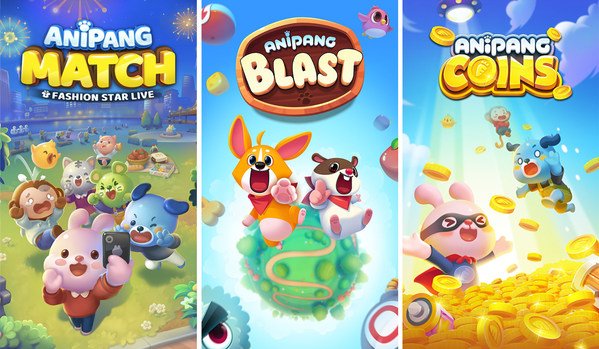 These games have attracted attention from Korea and overseas markets even before their release as it is the most famous mobile puzzle game in Korea, 'Anipang' series, and it is released overseas. The Anipang series pioneered the Korean mobile game market and coined the term 'national game', and Wemade Play has released and serviced four original series from Anipang 1 to 4, and more than 10 games using IP. Also, after listing on the stock market through IPO, Wemade Play is recording an average annual growth of more than 20% in Ad monetization with Anipang series that has over 1million users a day. Based on these achievements, Wemade Play has is scheduled to hold its booth in 'G-Star 2022', an International Game Exhibition to be held in Busan, South Korea, from Nov 17, and will enlarge its business partnership and cooperation with overseas partners on the topic of 'Anipang' IP and 'Ad Monetization'.

The three types of mobile games which Wemade Play is holding pre-registration events are popular casual games that are applied with know-how and technology to develop puzzles in Korea's national game and famous IP 'Anipang' series. 'Anipang Match,' developed based on Anipang4, is a mobile game where you can enjoy various puzzle contents such as Match-3 puzzle play of various blocks and real-time battle with other users. 'Anipang Blast' is a Match-2 puzzle game which works by touching and breaking blocks of same color, moving characters, digging, etc. It is an action-type puzzle game that allows you to enjoy a fast sense of speed with simple operation. These games which are ranked on the top sellers of Korean Google Play Store and Apple App Store are going to present limited edition costumes and game items to pre-registration users. Also, 'Anipang Coins' which shows numerous Anipang IP characters is a casual game where users can collect items through spin play and enjoy score competitions with other users, is planning to give game items to whom participates in pre-registration.

The three games' gameplay will be supported and maximize service benefits through Wemade's gaming platform 'Wemix Play' and 'Anipang Club,' developed and operated by Wemade Play. They are planned to be released at the end of 2022. Also, anyone can freely check more information about the games and events, and participate pre-registration in Apple App Store and Google Play Store.

How to participate Pre-registration:

PRE-REGISTRATION FOR THE ENGLISH RELEASE OF ENSEMBLE STARS!! MUSIC IS AVAILABLE ON GOOGLE PLAY AND APP STORE NOW