The road runs 59.7 kilometers from Xinyi town in Jining's Yanzhou district through Jining National High-tech Industrial Development Zone and Zoucheng city, and connects to the Zaozhuang-Heze Expressway in Liangcheng town in Weishan county.

The opening of the new express way is of great significance for upgrading Jining's transportation network and relieving regional traffic pressure, according to the city's transportation authorities. 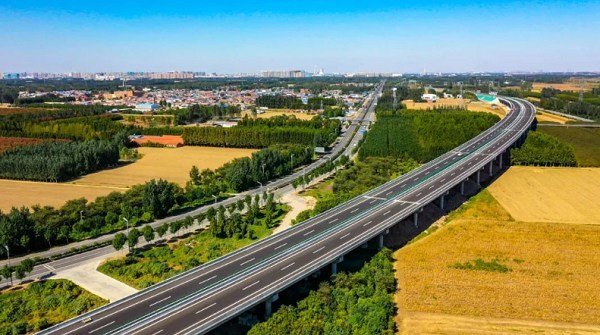 The new road connects Jining's new airport and the Yanzhou South Railway Station, and is expected to maximize Yanzhou's role as an inland logistics pivot.

It also offers quick access to Weishan Island scenic area, which was hard to travel to in the past .

Ports in east China's Jining handle nearly 28.32 mln tonnes of cargo during first half of 2022