JEDDAH, Saudi Arabia, Nov. 8, 2022 /PRNewswire/ -- Saudi sprinter, Yasmeen Al-Dabbagh holds on to her title as Saudi Arabia's fastest woman, as she wins the Gold Medal in the 100 meter sprint at the Saudi Games.

This comes a little over one year after Al-Dabbagh participated in the Tokyo Olympics, during which she participated in 100 meter sprints and also had the role as a flag-bearer for the Kingdom of Saudi Arabia. She also took part in the 18th World Athletics Championship held in Eugene, Oregon earlier this year. Yasmeen holds the title as the fastest woman in Saudi Arabia when she broke the national record for the females 100 meter sprint. 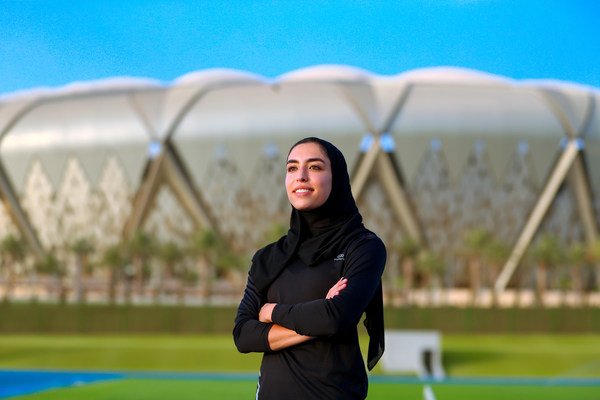 Commenting on her achievement at the Saudi Games, Yasmeen said, "The Saudi Games has been an experience of lifetime and a dream come true. I am so thrilled with my result, all the more so because it happened right here at home in my beloved country. My biggest hope is that it can serve as inspiration to our young Saudi female athletes, that with the right discipline, training and commitment, your dreams are closer than you think." Commenting on the future, she continued, "I've got more that I'm working toward, and for now I will celebrate this win and get back to my rigorous training with my coaches, so that I may represent my country with all my heart at future events."

On top of her athletic achievements and the rigorous and disciplined training it requires, Yasmeen works at one of the Big Four consulting firms, Bain & Co. She graduated from Columbia University in New York in 2019, where she majored in Financial Economics.

Saudi Arabia to Bid for the 2026 AFC Women's Asian Cup

SAUDI ARABIA IS THE FASTEST GROWING TOURISM DESTINATION IN THE G20