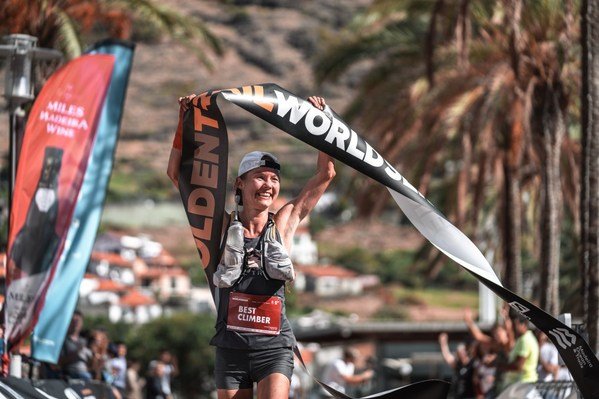 Unreachable!
They were already too far ahead! Just before attacking the final race week - 5 stages on the island of Madeira - Rémi Bonnet (Salomon / Red Bull team, Switzerland) and Nienke Brinkman (Nike Trail team, the Netherlands) had enough points for a comfortable lead, after a solid season and wins collected over the regular season's races. They did not even have to wait until the end of the week... After the 4th stage, the two champions were declared winners of the 2022 Golden Trail Series. "It's fantastic because I didn't start the season very well," Rémi Bonnet explains. "It just goes to show that you should never give up. You never know how things are going to turn out. It motivates me to say to myself that you should always see things through!" For Nienke Brinkman the title was also a fantastic outcome. "This means so much to me! The season couldn't have been any better! I'm so happy! I can't quite believe it! I'd like to thank my family and friends for all the support they've given me along the trails this year! "

DACH - the best team in the world!
As well as the individual winners, the GTNS (Golden Trail National Series) rankings recognised the best national team in the Golden Trail Series. And this year, the strongest team was GTNS ALL/AUT/CHE. It dominated the competition from start to finish and won first place ahead of GTNS ITALY and GTNS ESP/POR.

THE GOLDEN TRAIL SERIES SETS OUT TO CONQUER AMERICA

MARATHON DU MONT-BLANC, MORE THAN 2,000 RUNNERS ON THE SLOPES OF EUROPE'S HIGHEST PEAK