An online event on November 11th , Samurai Day, to celebrate the opening of the academy

To commemorate the opening of the academy, an online event titled "Beyond the Swords" will be held on Friday, Nov 11 at 7:00 PST. This day is also known as Samurai Day in Japan. 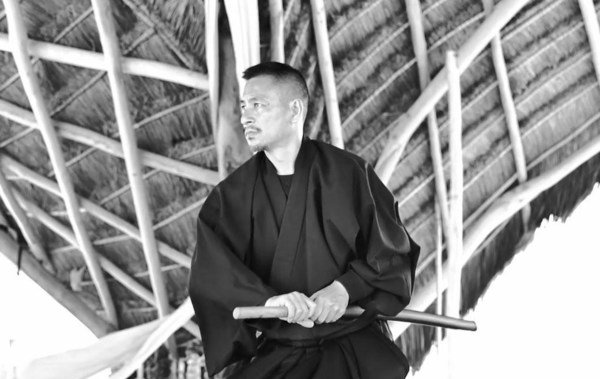 (1) Panel Discussion
Grandmaster Zen Takai and the guest speakers, who have been students of Zen Takai for many years, will discuss the main theme of "What can be seen beyond the training of swordsmanship" (tentative, subject to change).

How to register:
No participation fee. Please register from the following URL

ZEN TAKAI  METHOD, it is what the world is looking for.

In today's stressful times, the need for physical and mental care continues to increase along with changes in modern people's lifestyles and work styles.

In such a world, Samurai Zen Takai, who is supported by more than 100,000 followers on social media, has come up with the idea of his unique modernized practice of BUSHIDO. This new method has already begun to attract attention as it combines the Japanese Samurai spirit and BUSHIDO.

What is ZEN SAMURAI ACADEMY?

ZEN SAMURAI ACADEMY was established to pass on the ZEN TAKAI METHOD to people all over the world—regardless of nationality, race, age, or gender. By learning the essence of BUSHIDO and incorporating it into one's way of life, we aim to reduce daily stress, optimize one's abilities, develop business and interpersonal skills, and increase the number of people with true inner strengths. As a result, this unique Samurai practice promotes harmony and peace in the world with the key message of "BUSHIDO for a better world".

Born into a 16th-generation family of samurai, Zen Takai from an early age has learned swordsmanship, as well as traditional Japanese culture such as Kagura (Shinto music and dance) and Ninjutsu. Based on these experiences, he developed the ZEN TAKAI METHOD as an original method for mental control, including Zen and mindfulness.

Currently based in one of the world's most popular resort areas of Tulum, Mexico, Zen Takai is dedicated to promoting his philosophy. Because of COVID-19, people started to favor and continue to be fascinated with his method as it works to control the tired mind and body. It also acts as a physical manipulation and philosophy that is both a martial art and a healing effect at the same time.

Matt Graham / Screenwriter
Matt Graham is a formerly British screenwriter based in Hollywood.  He's the author of all twelve episodes of the Showtime series, Oliver Stone's The Untold History of The United States as well as many scripts over the years.  His short fiction has been featured in a number of places, including Hollywood Dementia, TOPIA Magazine and Lost in LA.  As well as being a Hollywood writer, Matt's been a ranch manager in Colorado, a crime reporter in South America and is the survivor of a plane crash.

Kazane Windy /Reiki Master Teacher
Kazane Windy is Reiki Master-Teacher who has been studying Bushido under Zen Takai since 2021. Her initial interest was sparked in order to deepen her practice of Reiki, a Japanese energy healing art founded in 1902 by Mikao Usui, who himself came from a Samurai lineage.

Aleksi Laakkonen / Finnish visionary leader
Aleksi Laakkonen is a Finnish visionary leader with a mission to make miracles mainstream by commercializing impactful innovations. Aleksi supports business leaders to unlock their full mental potential so they can make a positive impact on themselves and their surroundings. Aleksi has nearly three decades of business experience on marketing, design, innovation, wellbeing and technology. On a personal level Aleksi's main interests are on martial arts, self development and experimental wellbeing interventions. Aleksi lives in Helsinki, Finland with two hairless dogs and his wife Marika who is half-Japanese and half-Finnish.