RMK MARINE won the international tender opened for the commercial sailing Ro-Ro Vessel, which will operate almost entirely with the propulsion of wind energy and signed a contract with its French client, Neoline Armateurs for the construction of the Vessel. She will be one of the first examples in the world in her segment.

Standing out with her high-tech and fully automated equipment, as well as her environmentally friendly features, the 136 meter sailing Ro-Ro Vessel, Neoliner, makes a difference in her class with her sensor system which determines the optimum navigation route, masts built with carbon fiber technology and a 3000 m2 sail area.

ISTANBUL, Jan. 19, 2023 /PRNewswire/ -- RMK MARINE, one of the leading companies of the Turkish shipbuilding industry is implementing a new project which will use environmentally friendly and renewable energy resources. In this context, RMK MARINE won an international tender opened for a commercial sailing Ro-Ro vessel which will operate almost entirely by the wind energy and be one of the first examples in the world in its segment and it signed a contract for the construction of the vessel with the French company Neoline Armateurs on 28 November 2022. The said contract entered into force on 6th of January 2023, following the fulfillment of the required conditions and the final agreement was announced to the public at a ceremony held in Nantes, France, with the participation of the parties.

The 136-meter-long Ro-Ro vessel, with its concept name Neoliner, is planned to be delivered in 2025 and has a navigation and sailing equipment control system with high level integration and automation, as well as smart sensors which determine the optimum navigation route and speed by evaluating wind and sea conditions. Moreover, the Vessel is also equipped with sailing equipment, suitable navigation determining system for the cruising with the sailing equipment and foldable sails made of light, high endurance strength, special material positioned on two carbon fiber masts.

Neoliner has a total of 3000 m2 sail area, a crew of 20, accommodation areas with 12 passenger capacity and life support systems, as well as 6300 ton cargo carrying capacity. This also draws attention as a capacity equivalent to 321 cars, 265 container of 20' or 125 containers of 40'.

On the other hand, RMK MARINE which works with different solution partners such as Chantiers De l'Atlantique shipyard, the designer and manufacturer of Solidsail Rig System; Bureau Mauric, one of the leading design offices in France; D-Ice, expert on the special navigation system on navigation with sails; and other solution partners, plays an important role in creating synergy in the design and construction of the Vessel by collaborating also with the suppliers of other critical equipment in this process.

Mr. Adnan Nefesoğlu, RMK MARINE's CEO: "We offer innovative and environmentally friendly solutions to our clients in compliance with IMO's targets for decarbonization and reducing greenhouse gases, and we find it very valuable that renewable energy sources, particularly wind energy, find application in our own sector."

Evaluating on the subject, Mr. Adnan Nefesoğlu, RMK MARINE's CEO, stated that, "The International Maritime Organization (IMO) has set targets to reduce carbon emissions of all ships by 40% by 2030, by 70% by 2050, and ultimately to become carbon zero. In accordance with these goals, we use environmentally friendly and carbon footprint-reducing technologies in our projects we realize. On the other hand, we find it very valuable that renewable energy sources, particularly wind energy, find application in our own sector. The contract we signed with Neoline Armateurs for the construction of commercial sailing Ro-Ro vessel Neoliner which will operate almost entirely with the propulsion power of the wind energy is an important indication of our environmentally friendly production understanding.

Following the signing of Letter of Intent on July 5, 2022, we are proud to have concluded the process by signing a contract with our esteemed Client for the construction of the said Vessel and having the privilege of putting this contract in effect.

It is my firm belief that we will successfully complete this major project which excites us with the strength we derive from our infrastructure facilities and capabilities, skill sets, financial power, our recognition by our customers in the global market, and the awareness and reliability we have created in the sector."

"Together, we have succeeded in carrying out a project which, in many respects, could initially seem utopian. But, in a context that daily reminds us that the fight against climate change is the challenge of this century, wind propulsion for commercial ships is becoming more and more of a pragmatic solution to an increasingly complex energy issue. Wind is certainly intermittent, but it is more predictable than the prices and availability of many other energies. This is an unprecedented opportunity to do our part in the energy transition and to pick up the thread of history of maritime transport under sail."

RMK MARINE is one of the leading companies of the Turkish Shipbuilding Industry with its high-tech projects and at international standards, its corporate identity and infrastructure facilities. RMK MARINE, which has continuously improved its business volume and expertise since 1997, when it joined Koç Holding, offers turnkey solutions in the production of Super Yachts, Naval and Commercial Ships in national and international markets as its main fields of business activity. 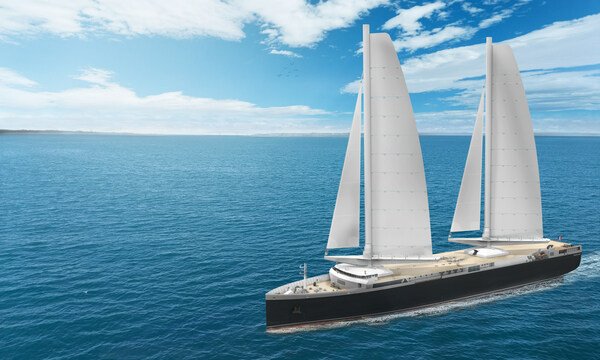 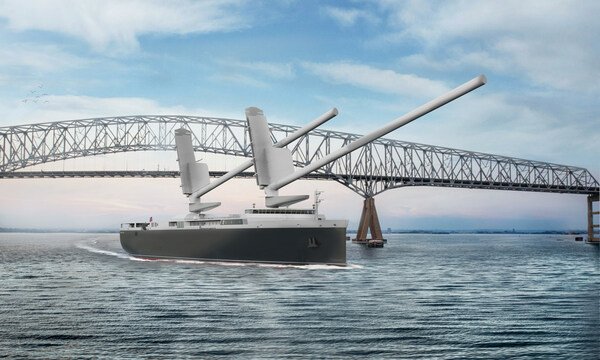 Berge Bulk vessel to sail with WindWings in 2023

China and Me: Picking up sailing dream in Hangzhou