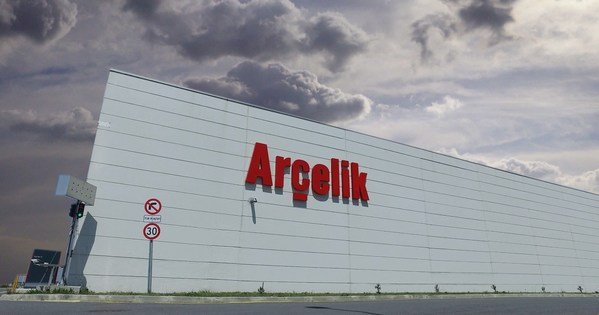 The company also achieved the highest score out of 46 companies assessed in the DHP Household Durables Industry. The recognition reflects Arçelik's ambitious commitment to a sustainable future, placing the company once again as the benchmark brand in the manufacturing industry. Additionally, Arçelik has for the sixth year in a row been listed in the Dow Jones Sustainability Indices (DJSI).

The recognition follows the 2022 United Nations Climate Change Conference (COP27), where the company declares its commitment to push towards its science-based emissions reduction targets for their Scope 1, 2, and 3 GHG emissions by 50.4% in line with the Paris Agreement goals. This further demonstrates that Arçelik understands it has a responsibility to lead the way in energy transformation and a more sustainable future.

Prior to this, Arçelik had recently been recognised by the World Economic Forum (WEF) for its progress in on-site sustainability measures at its Ulmi, Romania plant. The facility has recently been awarded Sustainability Lighthouse status by WEF, making it one of the ten Sustainability Lighthouse sites in the Global Lighthouse Network. Leading the way in efficient and sustainable manufacturing, the Ulmi plant is just one of the sites at Arçelik that uses cutting edge technologies for enhanced energy and water efficiency.

Arçelik is also one of 45 companies that have been awarded the former Prince of Wales' Terra Carta Seal in recognition of the company's commitment to creating a sustainable future.

Commenting on Arçelik's consistent inclusion in the Dow Jones Sustainability Indices, CEO Hakan Bulgurlu said: "We are honoured to have been included in the DJSI for a sixth year in a row. It is an even greater privilege to have achieved the highest score in our sector for four years running, a result of our relentless efforts in pushing for a better future for all. Our climate goals sit at the heart of our business and impact everything we do, from our products all the way to our people. This prestigious recognition is a reaffirmation of our solid commitment to sustainability and incredibly encouraging for our business. Sustainability efforts are now of even greater significance as the world is going through turbulent times, ridden with economic instability, high inflation rates, and an energy crisis. In line with our purpose-driven business strategy, we will continue to design products and develop technologies that not only live up to our consumers' expectations but also raise the standards for a greener industry."

ABOUT ARÇELIK'S REVISED SCIENCE-BASED TARGETS (STILL BEING REVIEWED BY SBTi) AND OTHER RECOGNITIONS:

S&P Dow Jones Indices is the largest global resource for essential index-based concepts, data and research, and home to iconic financial market indicators, such as the S&P 500® and the Dow Jones Industrial Average®. More assets are invested in products based on our indices than products based on indices from any other provider in the world. Since Charles Dow invented the first index in 1884, S&P DJI has been innovating and developing indices across the spectrum of asset classes helping to define the way investors measure and trade the markets.

The DJSI are float-adjusted market capitalization weighted indices that measure the performance of companies selected using environmental, social and governance (ESG) criteria. The DJSI, including the Dow Jones Sustainability World Index (DJSI World), were launched in 1999 as the pioneering series of global sustainability benchmarks available in the market. The index family is comprised of global, regional and country benchmarks. Arçelik has featured in the DJSI since 2017.

The full results and list of DJSI constituents are available at https://www.spglobal.com/esg/csa/

For more information about the DJSI methodology, please visit: https://www.spglobal.com/spdji

With 45,000 employees throughout the world, Arçelik's global operations include subsidiaries in 53 countries, and 30 production facilities in 9 countries and 12 brands (Arçelik, Beko, Grundig, Blomberg, ElektraBregenz, Arctic, Leisure, Flavel, Defy, Altus, Dawlance, Voltas Beko). Arçelik, which is among the three largest white goods companies in Europe with its market share (based on volumes), reached a consolidated turnover of 6.5 billion Euros in 2021. Arçelik's 29 R&D and Design Centers & Offices across the globe are home to over 2,300 researchers and hold up to 3,000 internationally registered patent applications to date. For the 4th consecutive year, Arçelik achieved the highest score in the DHP Household Durables industry (based on the results dated December 2022) in the Dow Jones Sustainability Index of the S&P Global Corporate Sustainability Assessment. Through its leadership position in sustainability and credible decarbonization roadmap for achieving net zero, Arçelik became the first and only company from its industry to receive the Terra Carta Seal from the former Prince of Wales. Arçelik's vision is 'Respecting the World, Respected Worldwide.' 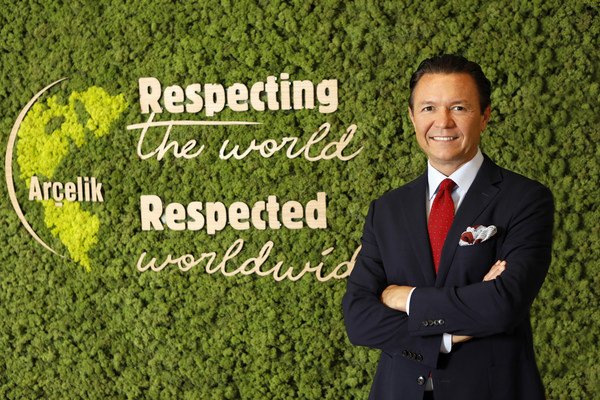 Richer People, Poorer Planet: Arçelik calls for greater efficiency at IFA 2022 with the launch of its new cutting-edge technology to enhance sustainable solutions for households