Focusing on the Singapore market and its surroundings, the data center is a regional expansion step 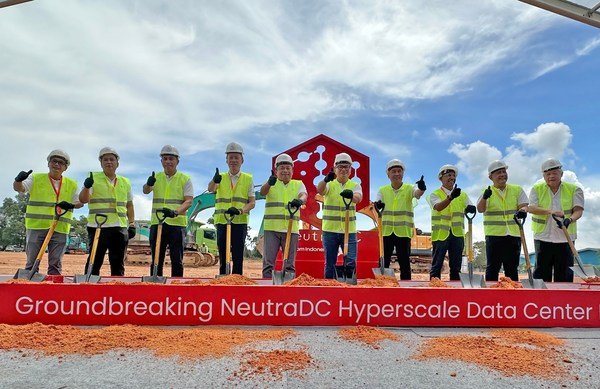 The process of groundbreaking the NeutraDC Hyperscale Data Center which was inaugurated by Deputy Minister of BUMN II RI Kartika Wirjoatmodjo (fifth from right) with Telkom Main Director Ririek Adriansyah (fifth from left). Board of Directors and Commissioners from Telkom, NeutraDC, Singtel, Medco Power, and Kabil Industrial Estate were also present this event.

The presence of HDC Batam is a definite step for TelkomGroup to strengthen its position as a major data centre business player in the region. HDC Batam will not only serve various business needs in Indonesia, but will also capture potential spillovers from other countries. This is in line with the spirit and direction of the Minister of SOEs, for Telkom to focus on developing the infrastructure business, data centre, big data and so on, in order to encourage the development of the digital economy and data sovereignty in Indonesia.

The CEO of Telkom, Ririek Adriansyah said that the demand for data centre services growth until 2030 from the Enterprise, Digital Native Business and Cloud Service Provider segments is estimated to continue and is exponential in both the domestic and regional markets along with the increasing need for content access. "The data center business is a business that is projected to have great potential in the future, in line with the current high demand. With the current and future high demand, HDC Batam is expected to capture the spillover demand from Singapore and domestic needs in Indonesia. This will strengthen TelkomGroup's positioning in the regional data center business which is one of the company's focus on optimal value creation on the main strategy of Five Bold Moves, one of which is data center," said Ririek.

TelkomGroup's initiative in building Batam HDC was appreciated directly by the Vice Minister II of SOEs of the Republic of Indonesia, Kartika Wirjoatmodjo. In his remarks, the Vice Minister II of SOEs said, " The construction of this hyper-scale data center in Batam by Telkom Data Ecosystem is a strategic step which we believe can serve the domestic and regional markets. Particularly the Singapore market. It is inline also with our effort to accelerate digital transformation and transform all of our company to become a more digital native company."

HDC Batam will be built on an area of 8 hectares with a total of 3 campuses with world-class data center standards with a total potential IT load capacity of 51MW, using renewable energy, environmentally friendly and adopting a multi-tier system. In the development initial phase, it will start with an IT load of around 20 MW and will increase according to needs. HDC Batam will provide dynamic services with a modular system equipped with a building management system, enabling customers to choose various services with a variety of tiers to suit their business needs.

Director of Wholesale & International Service Telkom, Bogi Witjaksono said, "With the huge demand potential, this is the right momentum for Telkom to accelerate its business in Data Center and maximize the performance. In addition, the partnership strategy with large global companies will also support TelkomGroup's transformation steps for optimal value creation in the future".

"NeutraDC will carry out data center business development in Batam, which aims to strengthen the positioning of Telkom Group's data center business domestically and regionally," said NeutraDC CEO Andreuw ThAF. As an effort to provide added value to this business and further improve the data center ecosystem, the Telkom Group, through NeutraDC, initiated a strategic partnership with ST Dynamo Holdings, a wholly owned subsidiary of Singapore Telecommunications (Singtel), and PT Medco Power Indonesia (Medco Energi), a renewable energy provider company, which was outlined in the Head of Agreement (HOA). This agreement was signed by the President Director of NeutraDC, Andreuw ThAF, Chief Commercial Officer of Singtel Regional Data Centre, Andrew Lim, and President Director of PT Medco Power Indonesia, Eka Satria, on the same occasion as HDC Batam's groundbreaking.

HDC Batam will complement the digital ecosystem owned by TelkomGroup, such as data centers in Cikarang, Sentul, Serpong, Surabaya (3S DC) Regional DC in Singapore and Hong Kong, as well as neuCentrIX edge data centers spread throughout Indonesia. In addition, the data center ecosystem is supported by the TelkomGroup submarine cable ecosystem such as the Batam Singapore Cable System (BSCS), Indonesia Global Gateway (IGG) and the submarine cable construction project which will be implemented in the near future. In addition, the location of HDC Batam has an important role as a regional connectivity hub besides domestic and international. TelkomGroup's data business development in Batam in the future will also be ready to support the long-term plans for NeutraDC's data center business development, and increase the capabilities of TelkomGroup's data center business. 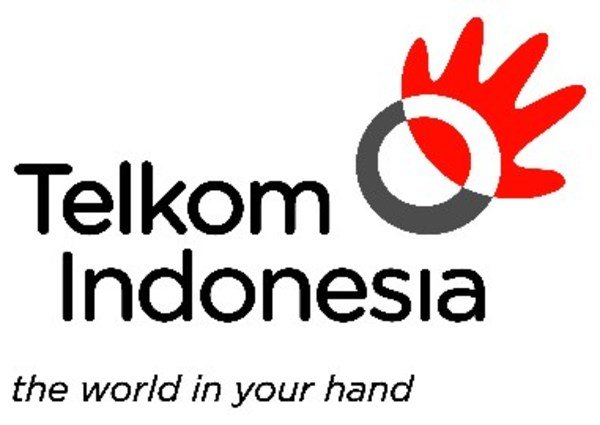 Enabling the Digital Literacy Generation for a Stronger Indonesian Economy