AHMEDABAD, India, Dec. 21, 2022 /PRNewswire/ -- Arctech, the world's leading tracking, racking, and BIPV solutions provider, has inked the deal to supply 2.8 GW of SkyLine II single-axis solar trackers for the solar project with a total capacity of 15GW in Khavda of Gujarat district, India. The project is expected to be connected to the grid in the third quarter of 2023, which is expected to be the largest operational solar site in the country. 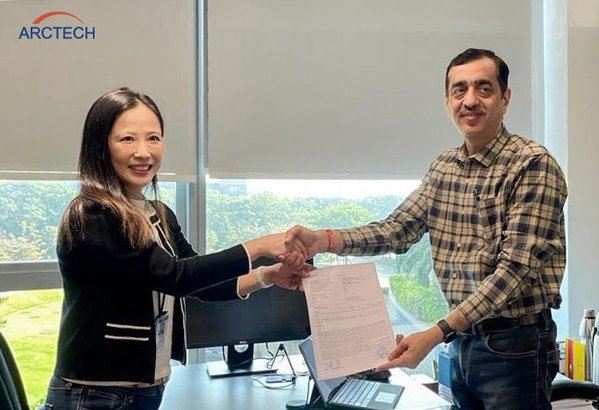 Since entering the Indian market in 2015, Arctech has supplied 7GW solar tracking, and racking solutions to the Indian region, marking the company's unquestionable leading position in the region. According to Wood Mackenzie Power & Renewables, Arctech holds the No. 1 position for solar trackers in India in 2020 and a 45 percent market share in 2021.

SkyLine II is a flagship product with a peculiar edge in the Indian market. The first 1P (one-in-portrait) tracker designed with a pentagonal torque tube and synchronous multi-point drive mechanism enables a new possibility of designing the plant using trackers with identical pile configurations, overcoming the uncertainty faced in the early stage of plant design and construction.

The synchronous multi-point drive mechanism technology rigidifies the tracker to the point of enabling 0deg wind stow mode, hence reducing the difference of wind pressure and post loads between the exterior and interior of the PV plant. By doing so, Skyline II enables a new possibility of designing the plant using trackers with identical pile configurations, overcoming the uncertainty faced in the early stage of plant design and construction. There are no other ways for traditional trackers to achieve the same outcome and solve the problem without dismantling and replacing all trackers in the affected areas. 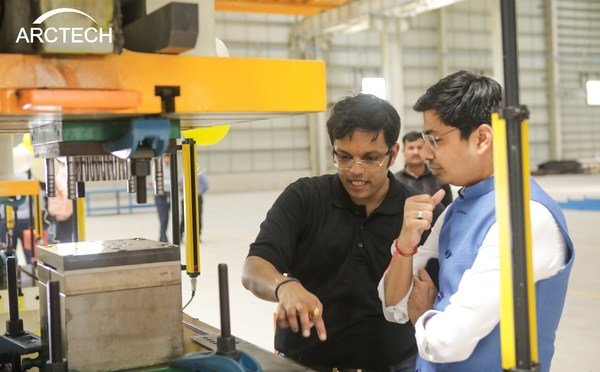 With its long-lasting dedication to deepening the market penetration in India, the official launch of the factory shows that the company is now capable of encompassing the full lifecycle of tracker systems including structural, mechanical, and electrical design as well as construction, operation, and maintenance in the country.