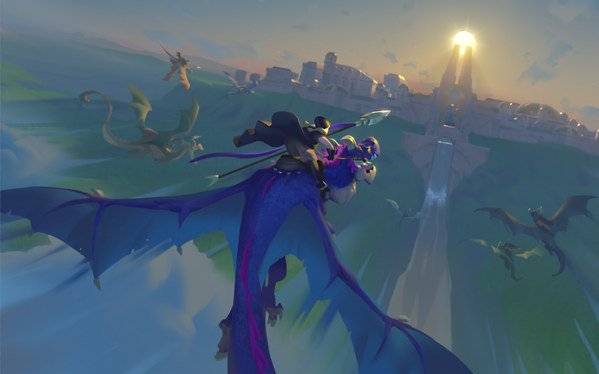 The auto battler, released today, is an exciting strategy game where players battle for victory with their teams of powerful dragons and minions. Players select their units each round and strategically position them on the battlefield to gain an advantage over the opposing player and ultimately defeat them. The game is easy to learn yet has depth and strategic complexity to keep players coming back!

The alpha version will be exclusively available to Eternal Dragons owners and can be played starting December 21st at 16:00 CET on Eternaldragons.com. In the second phase of the Alpha Release, Eternal Dragons will gradually allow its community members to invite other players to test the game. The alpha version of the game will include the core game mechanics and early game content, with twenty different team compositions to fight in both Dungeon and Hard Mode. In addition, regular tournaments will run in PvE competition mode, where players can rack up victories to climb the leaderboards and win prizes.

Andreas Risberg, CPO of Trailblazer Games, commented: "I'm incredibly proud of what the team has accomplished in taking auto battlers to the next level! Our unique take on the genre, building on a deeply tactical placement game, makes for a remarkably well-balanced and strategic game with lots of replayability. I'm confident players will recognize this and love the gameplay!"

Following the Alpha release and feedback, the game will continue to be refined before a global release encompassing Esports-style tournaments. Players will utilize their Eternal Dragons as playable characters. The game will be free to play and mobile-focused, aiming to bring a mass audience of players together. Meanwhile, the design and development of Game 2 and Game 3 in the Eternal Dragons saga continues to advance.