Hisense Global Partner Conference: To Be the Top Player

QINGDAO, China, Dec. 19, 2022 /PRNewswire/ -- On December 18th, the final day of FIFA World Cup 2022™, Hisense Global Partner Conference successfully landed in Qatar. Its global partners joined together for this event to prepare for their journey to a new stage of development. Meanwhile, Mr. Jian Zhou, Chinese Ambassador to the State of Qatar and Mr. Nick Brown, FIFA SVP-Commercial Partnerships, also attended the event, and each sent their warmest wishes for the success of the conference. 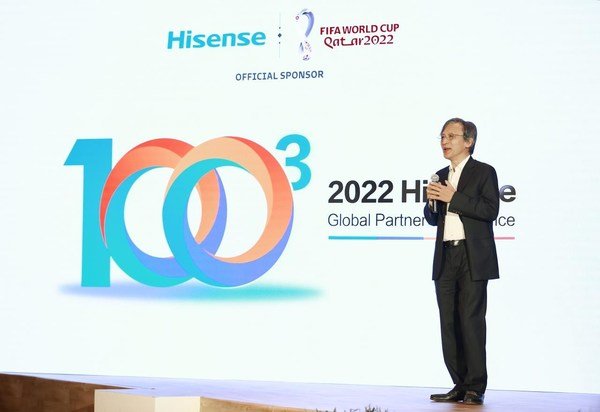 Dr. Lan Lin, Chairman of Hisense, delivered a speech entitled To Be the Top Player at the conference. In his speech, Dr. Lin delightedly announced Hisense's unprecedented visibility as an official sponsor during this tournament and spotlighted its steady growth in the past four years.

According to Dr. Lin, Hisense's overall strength and competitiveness have reached a new level, with its sales revenue preliminarily estimated to increase from US$18.1 billion in 2018 to US$27 billion this year. Besides, the B2B industry has also gradually become a new growth sector for Hisense's international business, which has increased Hisense's brand awareness at a compound annual growth rate of 10%, according to Ipsos. Another highlight of Hisense's achievements lies in its enhanced operation capability. By incorporating the local culture and Hisense management philosophy, Hisense has successfully built 66 overseas companies, 23 R&D centers and 31 production bases, striking gold in the global markets.

Hisense Upholding its Dedication to Globalization

To further stimulate Hisense's global development, Dr. Lin also presented three visions for Hisense's future in the next years. One of its major goals is to bring Hisense's brand image to a much higher level by increasing its global brand index above 100 within three years. As Dr. Lin said, only by enhancing its brand image can Hisense grow as a name brand and secure its sustainable development. For this, Hisense will strengthen its investment in products to polish their functionality and performance.

Besides, to better follow the trend of the world, Hisense will also be determined to consolidate its global growth by setting a second growth curve, and as Dr. Lin emphasized, this business should focus on two words: smart and green, which signifies that Hisense will move forward with its "Smart Home" Strategy and advance their sustainable and low-carbon development.

Last but not least, Dr. Lin proposed that Hisense would improve itself to be the best company it can be. Hisense will develop a new growth strategy by attracting the best talents to produce the best products.

The Global Partner Conference looked back on Hisense's path of globalization, demonstrated its latest display technology, and shared its goals with all partners. For the years ahead, Hisense will step up its effort to establish itself as an international brand by increasing its brand price index, advancing its sustainable development, and continuing its restructuring, with an aim to be the top player in this field. 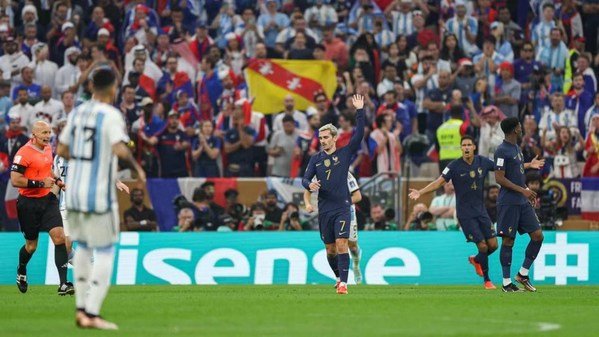 Why Hisense Chose to Sponsor FIFA World Cup™: A Perfect Match Between Hisense and Football