GUANGZHOU, China, Dec. 16, 2022 /PRNewswire/ -- 37 Games, the publisher of the zombie-themed match-3 game Puzzles and Survival is releasing the Dinosaur Resurgence update for the winter holidays today.

Along with the Dinosaur Resurgence update, the first episode of the official Puzzles and Survival live action video series, titled "The Mysterious Footprint", has also been released. Each of the 4 episodes in the video series will follow development in the game's narrative and will be released alongside future content updates.

Link to the First Video: https://youtu.be/ubPtrMepw2k

Tomoyo thought her birthday would be the same as it was the previous few years, and she expected to celebrate her good fortune with the other survivors in her sanctuary. However, her festivities would be disrupted by a mysterious letter from Origin Technologies.

Origin had been secretly conducting experiments on fossils, and the dinosaurs they had resurrected escaped into the wild, where many of them were turned into zombies, including the Tyrannosaurus variant known as the Invictus Rex. However, the escape was no accident, and had been planned by Origin Technologies for quite some time. Now, long-extinct creatures from 65 million years ago have been found outside of the sanctuary.

How will the survivors cope with these creatures from another timeline?

Play the game and watch the live action series to find out. 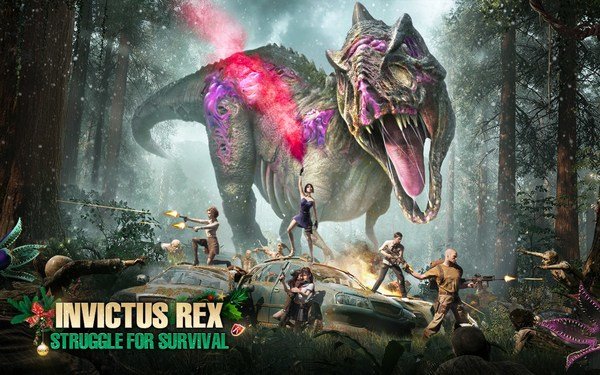 In Dinosaur Resurgence, players will have to protect themselves and other survivors from the dinosaurs over seven holiday themed events. They will have to raise dinosaurs, help escort unmutated dinosaurs home, and work together with alliance members to defeat the Invictus Rex.

For players who enjoy item collection, this new update features both dinosaur-themed and holiday-themed items and skins, as well as items with anime and science fiction themes. Every player can choose an awesome new look this new year.

Puzzles and Survival has been downloaded over 50 million times, has been featured on the iOS and Google Play app stores multiple times, and is one of the top grossing games in the United States, Europe, and Japan.

To celebrate these milestones, and to express their heartfelt gratitude, the Puzzles & Survival team is offering the following gift code PNSREX so that every player can celebrate along with them.

The Dinosaur Resurgence update for Puzzles and Survival has been officially released! You and all of your friends should hurry up and experience all of the awesome content as soon as possible.

For more updates about events and activities, please visit the following links below:

Guizhou Satellite TV released a video: Ekaterina Kaligaeva, a straight A student at Tsinghua University and Peking University from Belarus, came to Libo, Guizhou for her graduation trip