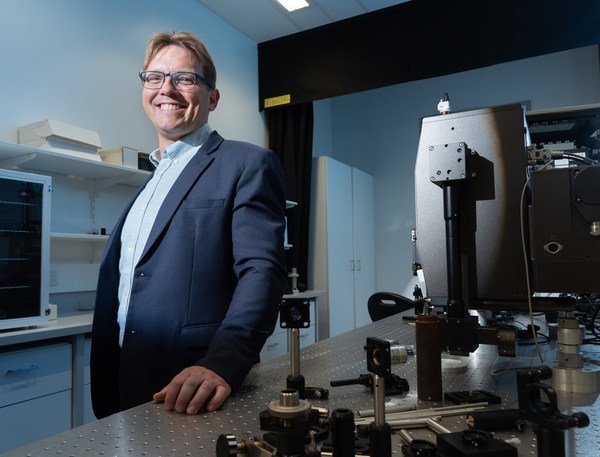 The goals of the coalition are to:

Achieving these goals could significantly advance Australia in its race towards becoming a global sustainable energy superpower using fusion energy as a core component of the future clean energy mix.

Petawatt-class lasers have a range of applications beyond fusion energy, including benefits which will advance medical imaging and radiobiology, advanced sensing, directed energy, and the elimination of long-lived radioactive waste, to name just a few.

Currently there are 71 ultra-high intensity laser facilities in the world but, despite Australia being a powerhouse in laser science and technology, there are none in the southern hemisphere including Australia.

Dr Warren McKenzie, Founder & MD of HB11, said: "Australia needs a large-scale solution as it phases out its legacy energy systems and embraces clean energy. This is exactly what fusion energy can provide: clean energy that does not use any radioactive fuels and does not generate radioactive waste. It has the scale of a nuclear reactor and the safety of traditional renewable sources, while also generating electricity directly, without the requirement of a steam-cycle.

"Recent breakthroughs have propelled laser-based fusion to the front of the global race towards this holy-grail of energy generation. However, the lack of lasers capable of performing fusion experiments is the primary bottle-neck limiting progress globally.

"This presents an opportunity for Australia to develop the next-generation of purpose-built laser systems and advanced manufacturing that would also see Australia become a global leader in fusion energy science, amongst our allies UK, US, and Japan. For HB11 Energy, it would allow us to keep our R&D on home soil.

"It was an Australian, Sir Mark Oliphant who demonstrated nuclear fusion by splitting the atom in 1931, with the field of laser fusion being pioneered by our co-founder Prof Heinrich Hora. A local, dedicated facility would allow our research to remain in Australia instead of being lost to overseas markets, investors, or partners."

Gary Dawson, VP Strategy of Thales Australia, said: "Thales has a global commitment to support the development of clean energy solutions and is a long-term investor in advanced technology research in Australia. The ultra-short-pulse and high-peak-power laser technology developed and manufactured by Thales is critical for this coalition, and we are excited to be working with this international team at the cutting edge of fusion energy research"

Professor Anton Middelberg, Deputy Vice Chancellor Research of Adelaide University, said: "A petawatt class laser would be a gamechanger for the Australian scientific community, and create benefits beyond solely scientific applications. The research to be performed with HB11 Energy, a partner of the Trailblazer program is the first step towards creating a multi-billion-dollar nuclear fusion energy industry in Australia, and we're proud of the partnerships that will take this endeavour to the next stage."

Koichi Masuda, Chief Revenue Officer of EX-Fusion, said: "EX-Fusion's participation in the Australian petawatt class laser project not only increases the quality of the project for the scientific community, but also strengthens the bilateral relationship between Japan and Australia. Building this facility, a first of its kind in the Southern Hemisphere, opens up for increased collaboration for the advancement of nuclear fusion, laser medical treatment, and industrial applications. We look forward to the partnership under this agreement and to work closely with our counterparts in Australia for the advancement of laser technology."

HB11 Energy (www.hb11.energy) is creating the future of clean energy; safe, reliable, and unlimited electricity, generated by small nuclear fusion reactors that use abundant fuels with little or no harmful waste. It does this by using laser technology to fuse hydrogen and boron-11. Hydrogen is the most abundant element in the universe, while Boron-11 comprises some 80% of all Boron found in nature, is readily available, and is a stable, non-radioactive isotope.

Unlike other nuclear and fossil-fuel burning plants, HB11 Energy's energy-generating process does not require large plants. Energy is released in the form of charged particles and can directly be converted to electricity without the need for steam turbines. This approach generates few neutrons through minority side reactions, which minimizes waste issues. There's no risk of a reactor meltdown and the energy generated can be directed straight to the grid.