ARLINGTON, Wash., Dec. 14, 2022 /PRNewswire/ -- Eviation Aircraft, a manufacturer of all-electric aircraft, today announced that Air New Zealand has signed a Letter of Intent (LOI) for up to 23 aircraft as part of its Mission NextGen Aircraft program. The airline is the first national flag carrier to sign a letter of intent to order as part of its ambitious initiative to lead the roll out of zero-emission airplanes. 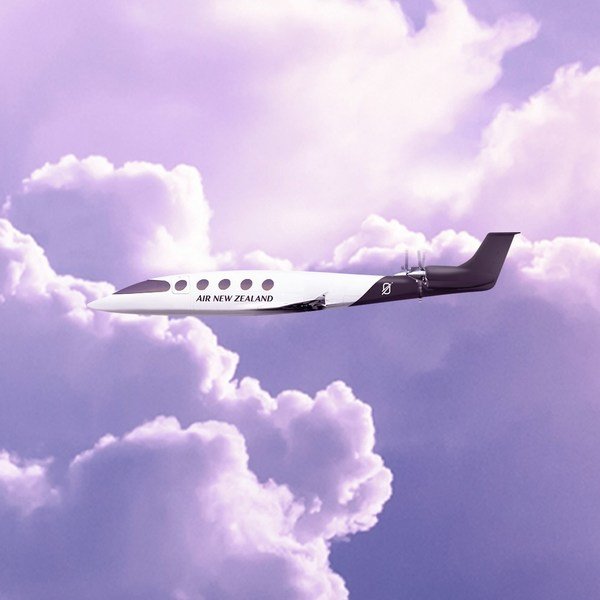 The nine-seater Alice is the first flight-proven all-electric commuter aircraft and promises to usher in a new era of carbon-free, cost-effective and convenient aviation. Alice is powered by two magni650 electric propulsion units developed by magniX, the global industry leader in flight-proven electric propulsion systems. Built from a clean-sheet design, the aircraft costs significantly less to operate per flight hour compared to light jets or high-end turboprops.

"Regional flights make up a sizeable proportion of Air New Zealand's routes. The Alice offers an effective way to decarbonize these journeys, revolutionizing air travel and supporting the goals of the Mission NextGen Aircraft program," said Gregory Davis, President and CEO of Eviation. "New Zealand has earned a proud reputation for its progressive attitude and wide-ranging policies towards the climate challenge. The Alice is a beautiful aircraft that will delight airline operators and passengers. Seeing it soar through the skies of New Zealand is a magical prospect, and I pay tribute to Air New Zealand's commitment to innovation and sustainability."

"This endorsement from a national flag carrier shows how the Alice has captured the imagination of the marketplace," said Eddie Jaisaree, Vice President, Commercial Sales at Eviation. "New Zealand has just experienced its warmest, wettest winter on record. As the impacts of climate change become more apparent and efforts to regulate aviation's carbon emissions intensify, we are excited for how the Alice will help Air New Zealand to lead the airline industry into a sustainable future."

Tackling Climate Change with Innovation
Air New Zealand's Mission NextGen Aircraft program was announced last month with the goal of accelerating the adoption of zero-emission aircraft. The airline is aiming to have its first zero emissions flight from 2026.

"Mission NextGen Aircraft represents a significant commitment to the development of sustainable aircraft and the supporting infrastructure needed to decarbonize our domestic flights," said Greg Foran, CEO of Air New Zealand. "Eviation's all-electric Alice aircraft is a natural fit for the program with its proven technology that is optimized for short-range flights."

Based in Washington State, Eviation Aircraft Inc. develops and manufactures electric aircraft to delight operators and passengers with green, cost efficient and convenient regional transportation. Its electric propulsion units, high-energy-density batteries, mission-driven energy management, and innovative airframe are designed from the ground up for electric flight. Please visit us at www.eviation.com.

Air New Zealand's story started in 1940, first taking to the skies between Auckland and Sydney on a flying boat. Known for its warm Kiwi hospitality, today the airline has 98 operating aircraft ranging from Boeing 787-9 Dreamliners and Airbus A320s to ATRs and Q300s. Air New Zealand has a well-connected domestic business, connecting customers and cargo to 20 different regions around New Zealand. Internationally, the airline has direct flights to major cities across Australia, Asia, the Pacific Islands and the U.S., and through its strong relationships with alliance partners, offers customers more choice and convenience to connect further afield to hundreds of destinations. Air New Zealand has a particular focus on sustainability and its Sustainability Framework helps guide the airline's efforts in tackling some of New Zealand's and the world's most complex challenges.

Orders for the Eviation Alice Pass US$ 2 Billion