StarMaker VR opens up a whole new way to connect to the world with music. A karaoke lover can experience a variety of ways to play on the StarMaker VR platform, choosing songs from a massive library, singing in a 360° immersive virtual environment as if they were in a real KTV scene; or switching between different VR scenes, switching from KTV to Vienna's Golden Hall in an instant; going to the MusicX Lab to create songs with AI, and then going to StarMaker VR to sing their own songs. Perform your own songs, and even customize the music video. 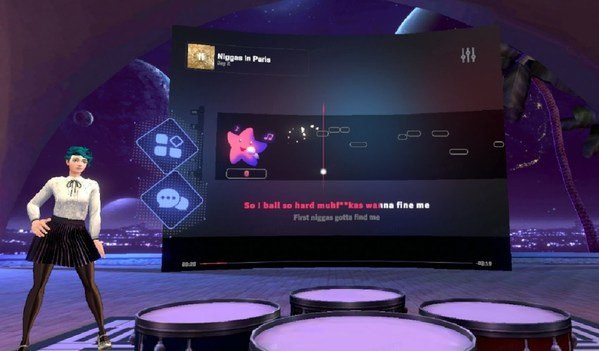 Based on StarMaker's cumulative 280 million registered users worldwide and massive library of copyrighted songs, StarMaker VR is growing rapidly. Since the beginning of the year, the StarMaker VR development team has been on a roll, and in addition to the Karaoke type product Sing Star, it has also launched music rhythm games such as Taiko Star, Blade Star, Shooting Star, etc. Based on a variety of technologies such as gesture tracking, spatial audio, virtual humans, AIGC, etc., the scenes are built realistically, with a strong sense of immersion and no sense of vertigo. The interaction threshold is low, easy for users to get started, and the skin can be customized and interesting. Only from the perspective of overall experience fluency, StarMaker VR has reached industry TOP level performance.

In order to provide the ultimate smooth experience, the StarMaker VR development team has put a lot of effort behind it. In addition to optimizing performance and maintaining visual expressiveness as much as possible at higher frame rates, AI automated testing was conducted specifically to improve the experience from multiple aspects by constantly improving color, proximity, and spatial sense through massive AI data simulations; after development enters the middle and late stages, a lot of user opinions are listened to, such as getting first-hand feedback in the European and American player communities to continuously optimize the product.