SEOUL, South Korea, Dec. 13, 2022 /PRNewswire/ -- Pearl Abyss announced today that it has successfully concluded Black Desert's annual community event, "Calpheon Ball," for both PC and mobile on December 10. The PC event was the first Calpheon Ball to be held overseas where numerous anticipated updates including the new twin classes "Woosa" and "Maegu" as well as the new Korea-inspired region "The Land of the Morning Light" were revealed. 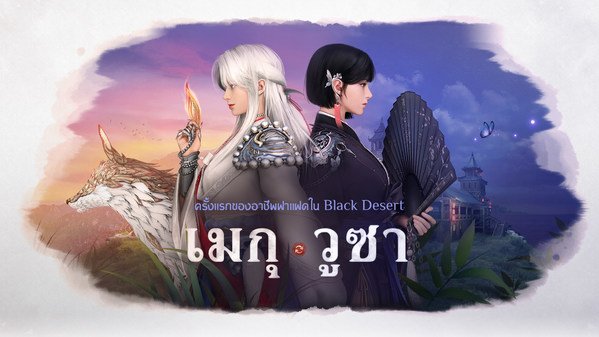 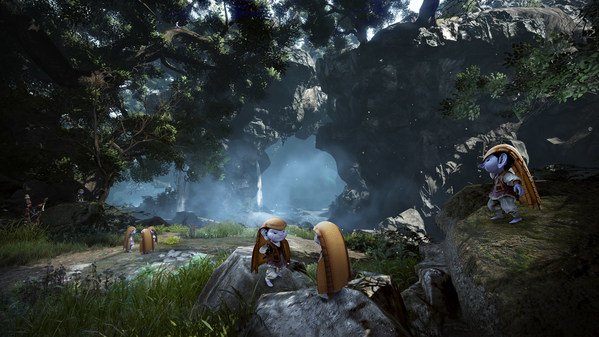 The Land of the Morning Light - Dawn Dokkebi

This year's Black Desert Calpheon Ball had more than 200 attendees on-site while also inviting Adventurers around the world online. The event was livestreamed in 9 languages including Korean, English, Japanese, Thai, and Turkish. Along with content updates, Pearl Abyss greeted Adventurers with a Dev Talk, prize giveaways, and in-game rewards.

The younger twin sister, Woosa, took the spotlight at Black Desert's streamed event with brand new gameplay footage of her special movesets and combat style. Dressed in traditional Korean attire exemplifying her roots in the new region, the Land of the Morning Light, her deceptively gentle appearance belies a tough-as-nails inner persona. She uses a traditional fan as her main weapon to harness the power of Korean "Do" arts.

Woosa will be officially introduced simultaneously in all regions of Black Desert on December 14. The other twin class, Maegu, which was revealed at Black Desert Mobile's Calpheon Ball, held in Korea, will also be updated in Black Desert in January 2023.

New Region "The Land of the Morning Light"

The new region "The Land of the Morning Light'' was also introduced at the event. This region takes much of its inspiration from Korea's last dynastic kingdom, Joseon Dynasty. Adventurers can expect to enjoy new NPCs, story quests, and monsters inspired by Korea's traditional folklore and myths. They can also attain Black Desert's best glove gear in this region. The Land of the Morning Light will first be updated in Korea in February followed by all global servers.

Watch the new Land of the Morning Light trailer here.

Pearl Abyss revealed other exciting announcements including a cross-play server for Southeast Asia and Thailand. Through this update, Adventurers in these regions will be able to enjoy all game content, such as Node and Conquest Wars, together. Also, Black Desert on PlayStation 4 and Xbox One will introduce a solo Garmoth boss fight, the personal monster zone called "Marni's Realm", and an increase to the Caphras level cap.

Along with the new update announcement, a coupon code containing lucrative rewards was revealed during the event, including Advice of Valks (+150), 2023 Cron Stones, a Premium Outfit Box, and a Classic Outfit Box. In addition, Black Desert's executive producer Jaehee Kim surprised Adventurers with J's Hammer of Loyalty, which will be given again in January for Maegu's release.

The older twin sister, Maegu, is a swift-moving mage from the Jwado School who utilizes the power of a beautiful, magical fox to attack and defend in battle. She wields the "Horyeongbu" (Foxspirit Charm) as her main weapon and attacks her enemies with the grace of a Gumiho charming a human. Maegu will arrive globally on December 13.

The developers debuted the new difficulty for Great Desert: Shahzad, which is scheduled to be updated in January. In this vast territory, Adventurers can fight with others (PvP), obtain a variety of rare items from Shahzad's Wandering Merchants or enhance Black Spirit runes using Luminescent Crystals from chests buried beneath the sands of Shahzad, and other activities.

Finally, players can obtain the second "Dream Horse", Diné, a beautiful white horse with a golden mane that runs as fast as the wind across the desert. Several other additions, including a new field boss "Apocros", a Family-wide turn-based strategy game mode called "Dawnrise Vanguards", and a max Camp level increase to 9 were introduced.

For more information on the Calpheon Ball announcements, please visit the official website.

Press assets can be found here.

The Black Desert IP is Pearl Abyss' open-world action MMORPG franchise with cutting-edge visuals and skill-based combat that redefines the genre. With the most developed character customization system of any game currently on the market, users can break out of the norm and make unique characters that truly represent themselves. Its intuitive controls, beautifully designed world, and extensive lore will excite both newcomers and veterans of MMO games and action RPGs. Pearl Abyss is currently servicing the Black Desert IP, which has gained 50 million players across the world on PC, mobile, and console.

Abyss One: The Magnus Arrives in Black Desert SEA