SHENZHEN, China, Dec. 13, 2022 /PRNewswire/ -- At the quarter-final of Qatar World Cup 2022 held on December 10, Morocco, defeating Portugal with one goal. It is the first time that Morocco has stepped in the top 4. A new historic moment for African countries. 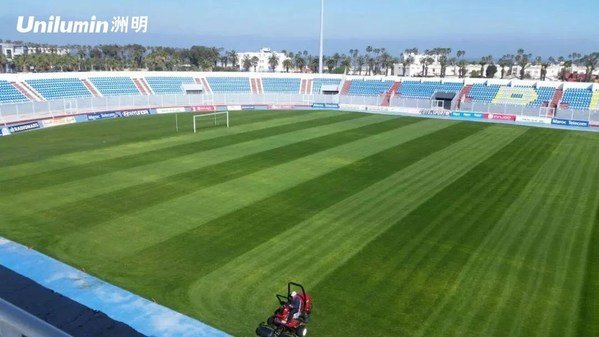 Morocco has always been a strong competitive team. Despite its absence from the World Cup for 20 years, Morocco has never given up building a well-equipped soccer system and infrastructures. Fouzi Lekjaa, president of the Moroccan Football Association, regards the field facilities as a vital part of his "triangle theory", which highlights the importance of facilities, talents and qualified personnel in football development. 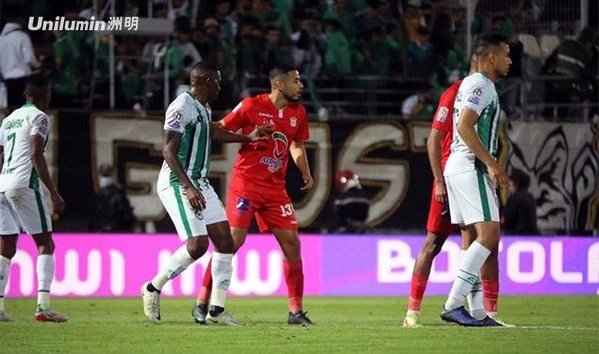 Among the facilities, specialized LED displays have become a must for displaying information of matches and broadcasting games in stadiums. It is reported that Morocco has introduced the LED Perimeter from Unilumin Group, a Chinese LED high-tech enterprise, to stadiums in major cities such as Stade Municipal de Berkane, Stade Belvédère, Stade El Abdi, and Complexe OCP.

The digital LED Perimeter delivers two main values including functional value and commercial value. In terms of functional aspect, Unilumin's sports LED Perimeter consists of a special protective cover, which can not only ensure the stable operation of the screen under high-intensive impact, but also effectively mitigate the impact to protect players from injury. Except that, the water-proof displays feature bright colors and stable performance, creating an immersive atmosphere for players and audiences. As to commercial value, the displays serve as an excellent platform for sponsors, TV broadcasters and tournament partners to do advertisements for their brands, improving the game atmosphere and the league operations of the Morocco team both technically and tactically.

Founded in 2004, Unilumin Group Co., Ltd was first listed on the Shenzhen Stock Exchange in 2011.It has won the First Prize of the State Scientific and Technological Progress Award, and been named the Single-product Champion in the Manufacturing Industry by China's Ministry of Industry and Information Technology. Globally, it has also ranked first in the industry in terms of sales value and sales volume of LED display products.

3600 Square Meters! Unilumin LED Screens Shine on and off the Pitch at the Qatar World Cup

One-year countdown: Hangzhou Asian Games is ready to kick off