JINING, China, Dec. 12, 2022 /PRNewswire/ -- Themed on "relishing in the beauty of traditional Chinese culture and reflecting on the wisdom of sages", the cultural, tourism exchanges week with Japan, ROK took place in Jining, which is located in East China's Shandong province, in the second half of November to promote culture and tourism exchanges with Japan and the Republic of Korea. 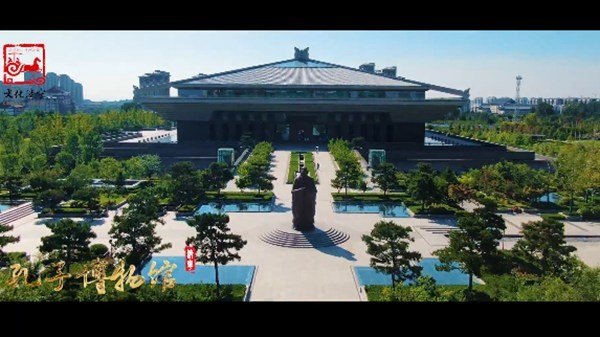 A series of activities, including the 100 classics of traditional Chinese culture exhibition, and promotional cultural tourism routes meeting were held both online and offline. With the help of media outlets from home and abroad, Jining has established itself as the hometown of Confucius and Mencius, a city of canals and a place with rich culture.

The 100 classics of traditional Chinese culture exhibition was held online and displayed posters and short videos related to the 100 Chinese classics worldwide.

The promotional meeting revealed three tourism routes: the hometown of Confucius, learning the classics of Confucianism and touring the Grand Canal. The activity served as a platform for communication and promoted the expansion of Chinese culture as well as the mixture of various cultures.