SEATTLE, Dec. 8, 2022 /PRNewswire/ -- First Mode, a global carbon reduction company focused on heavy industry, and global mining company Anglo American have signed a binding agreement to combine First Mode and Anglo American's nuGen™ zero emission haulage solution to accelerate the transition of mining and other heavy industries to diesel-free futures. The transaction, which is expected to close in January 2023, values the newly combined business in the order of US$1.5 billion and includes a $200 million equity injection from Anglo American. 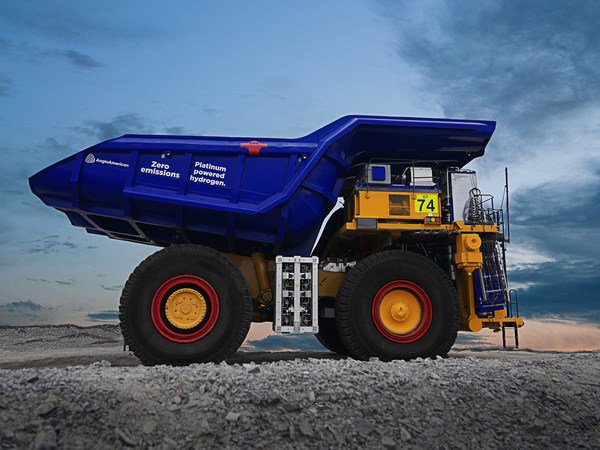 Upon closing of the transaction, First Mode will enter into a global supply agreement to supply several nuGen™ systems to Anglo American which includes the retrofit of approximately 400 ultra-class haul trucks with First Mode's proprietary hybrid fuel cell battery powerplant and related infrastructure. The supply agreement includes the appropriate provision of critical supporting infrastructure such as refueling, recharging, and facilitation of hydrogen production. The roll-out of nuGen™ across Anglo American's haul truck fleet over the next 15 years is subject to certain conditions and required approvals.

Previously announced in June 2022, the transaction is a unique combination of creative engineering excellence and mining expertise which brings together the existing First Mode business with Anglo American's nuGen™ related intellectual property, management, and operational teams. First Mode is now uniquely positioned to commercialize the nuGen™ haulage solution which intelligently incorporates new technology into mine site operations and consists of a powerplant with appropriate hybridization of hydrogen powered fuel cells and battery (depending on customer and site requirements), refueling and recharging technology, clean energy production and storage, modification of diesel electric vehicles, digital integration with mine site systems as well as ongoing services.

The investment will facilitate the rapid global growth of First Mode, development of production facilities in Seattle and new proving grounds in Centralia, Washington, support staffing goals worldwide, develop our footprint in Perth, Australia, and speed the commercialization and deployment of First Mode clean energy solutions to market.

On close, Anglo American will become a majority shareholder of First Mode, with the balance continuing to be held by First Mode employees. In addition, current First Mode President and CEO, Chris Voorhees will transition to the role of Chief Product & Technology Officer, overseeing the company's global product and technology development out of Seattle. Julian Soles, Anglo American's head of Technology Development, will take over as First Mode CEO and be based in First Mode's new headquarters in London.

"First Mode was founded in 2018 with the goal of building the barely possible. We have done just that and our mission is now to rapidly decarbonize heavy industry by dramatically reducing our customers' greenhouse gas emissions. I can't imagine a team better suited to this urgent challenge," said Chris Voorhees.

"The First Mode mission is much bigger than a single haul truck," said Julian Soles. "Mining is how the world obtains the materials needed for the clean energy transition, and it is where the carbon footprint starts. This is where the First Mode solution begins; starting at the source, in mining, to replace diesel and accelerate the clean energy transition."

The world's first proof-of-concept including renewable energy generation, hydrogen production and refueling, and an ultra-class haul truck, launched in May 2022, continues to be operated at Anglo American's Mogalakwena platinum group metals mine site in South Africa. This month the truck reached a significant milestone when it completed initial commissioning and was introduced into the mine's commercial fleet operations, including pit and crusher activities.

First Mode is a global carbon reduction company developing creative, clean energy solutions for heavy industry's toughest problems. We started by removing the diesel engine from a colossal mining truck and replacing it with a hydrogen fuel cell powerplant. A world-first, and the world's largest. But we're not stopping there. We are also working on providing critical mine site infrastructure for hydrogen production, battery recharging, and hydrogen refueling. Today, we're starting at the source, the mining industry, and tomorrow the larger supply chain, to completely eliminate the use of diesel and speed the clean energy transition. www.firstmode.com

Anglo American is a leading global mining company and our products are the essential ingredients in almost every aspect of modern life. Our portfolio of world-class competitive operations, with a broad range of future development options, provides many of the future-enabling metals and minerals for a cleaner, greener, more sustainable world and that meet the fast growing every day demands of billions of consumers. With our people at the heart of our business, we use innovative practices and the latest technologies to discover new resources and to mine, process, move and market our products to our customers – safely and sustainably.

As a responsible producer of diamonds (through De Beers), copper, platinum group metals, premium quality iron ore and steelmaking coal, and nickel – with crop nutrients in development – we are committed to being carbon neutral across our operations by 2040. More broadly, our Sustainable Mining Plan commits us to a series of stretching goals to ensure we work towards a healthy environment, creating thriving communities and building trust as a corporate leader. We work together with our business partners and diverse stakeholders to unlock enduring value from precious natural resources for the benefit of the communities and countries in which we operate, for society as a whole, and for our shareholders. Anglo American is re-imagining mining to improve people's lives.

Rio South Texas: At the Heart of the North American Supply Chain