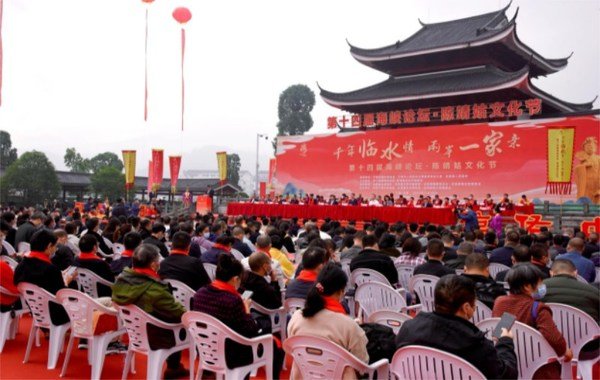 In a bid to promote cross-Strait relations and folklore belief of the goddess, the festival arranged for various activities such as worship ceremony, agricultural products exhibition, free medical treatment and recording cultural stories on Chinese short-video platform Douyin.

Chen Jinggu, the lady of Linshui, has been worshiped as a guardian of pregnant women and children and attracted many believers in both sides of the Taiwan Strait to attend the event online and offline.

After about a thousand years of inheritance, the sea goddess-reated culture, which originated from Linshui Palace Temple in Gutian, has become an important part of culture in both sides of the Taiwan Strait and even in many Chinese communities around the world.

In recent years, Gutian County has made great efforts to develop Chen Jinggu folklore belief as a cultural tie uniting people in both sides of the Taiwan Strait by boosting the cohesion of culture and tourism and advocating the spirit of benevolence and kindness in the belief.