The three-day 35th China Film Golden Rooster Awards just concluded in Siming district in the coastal city of Xiamen, Fujian province on Nov 13, and was attended by a number of A-list stars and industry insiders. 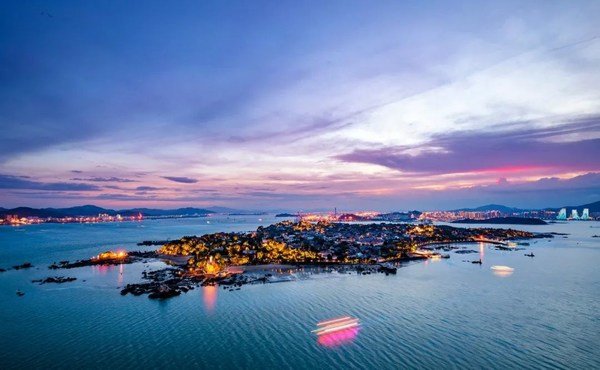 Siming district, which is located in the coastal city Xiamen, Fujian province, boasts enchanting natural scenery and a pleasant climate, and has the reputation of being "a natural studio" for filmmakers. [Photo/WeChat account: simingkuaibao]

Siming district, with its enchanting natural scenery and a pleasant climate, has the reputation of being "a natural studio" and is favored by many filmmakers and directors. Siming released a slew of preferential policies on Nov 10, aiming to promote the high-quality development of the district's film and TV industry.

According to the policies, Siming will provide an incentive of up to 3 million yuan ($419,428) to excellent film and TV works that are broadcasted on traditional and online platforms. For outstanding award-winning works, the local government will give production companies different levels of rewards worth 3 million yuan, 2 million yuan and 1 million yuan, respectively. Incentives will also be given to film and TV enterprises to hold exhibitions in Siming.

The district government also released supportive policies to attract more high-level talents from the film and TV industry, and will offer a basket of incentives, including subsidies, accommodations and support to families as a way to build a talent pool to enhance its independent research and development capacity in the film and TV industry.

Hello, Fuzhou! Accelerating the construction of the modern cosmopolis under the guidance of the blueprint