SEOUL, South Korea, Nov. 23, 2022 /PRNewswire/ -- Gyeongsangbuk-do Province and Arirang TV have collaborated to produce 'Busqueen', a tourism promotion entertainment program for Gyeongsangbuk-do Province featuring global celebrities. This year's season of Busqueen is a sequel (season 2) for Busqueen first aired in 2021 and the season will begin at Pohang, a city known as the filming location for K-drama such as 'When the Camelia Blooms' and 'Hometown Cha-Cha-Cha', and tour through the province including the remote Ulleungdo Island and Dokdo Island as the program shows the various aspects of Gyeongsangbuk-do Province. 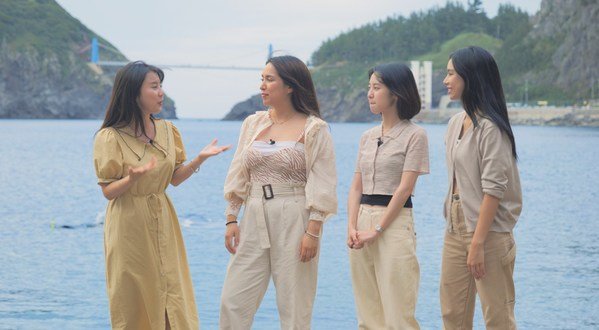 Season 2 will feature beauties from four different countries as they embark on a spontaneous and entertaining busking journey. The cast features Jyunki, returning from season 1 who is a famous singer in China (wanghong) from a K-POP background, NC.A, a Korean singer well known for her OST in 'Reply 1988', Nalu, a hallyu YouTuber with 1.37 million subscribers and Bestie, a popular YouTuber from Thailand.

Riyadh Season 2022: Entertainment Zones that Convey Vibes and Activities of 10 Countries, Submarine Rides in the Largest Artificial Lake in the World