RIYADH, Saudi Arabia, Nov. 22, 2022 /PRNewswire/ -- ROSHN, the national real estate developer bringing new, sustainable modes of living to the Kingdom, has started the handover process at SEDRA ahead of scheduled time, its landmark development in northern Riyadh. New homeowners are receiving the keys and title deeds to villas and townhouses located in SEDRA's Phase 1, making them the first customers to take possession of properties in a ROSHN community. 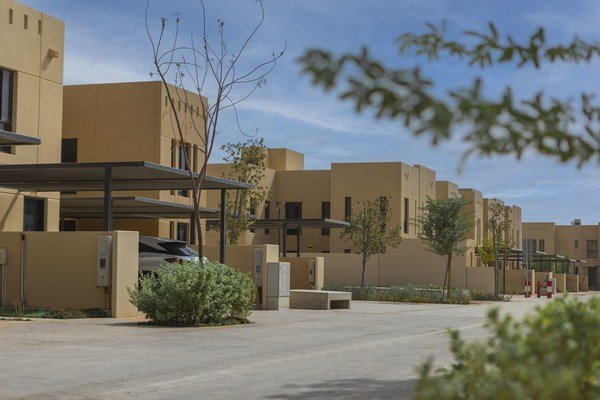 Located in the north of Riyadh, SEDRA will comprise of over 30,000 homes across its eight phases.

"The handover of the first ROSHN home is a momentous occasion not just for ROSHN but for the Kingdom at large. While this marks another step on our journey to provide high-quality homes to the Saudi people, we are also driving change, creating a new concept of living, and adding to the quality of life of our citizens and residents. SEDRA will be the first project that sees our vision for the future become a reality on the ground and I am excited for our first residents to experience the ROSHN way of life." said Group CEO, David Grover."

ROSHN is facilitating the moving process for its customers by providing them with dedicated advisors that act as a single point of contact before, during and after the handover. New residents also have access to the ROSHN Contact Centre, which can answer customer queries on a wide range of issues, from visitor access to how to take advantage of special offers provided by ROSHN's partners.

SEDRA is ROSHN's first project in the Kingdom and is being developed over eight phases in Riyadh's vibrant northern corridor. The start of the handover process at its first phase makes it the first Saudi giga-project to deliver to customers. When completed, it will add more than 30,000 residential units to the capital's housing stock and provide 20M sqm of integrated neighbourhoods supported by education and healthcare infrastructure, retail outlets, restaurants, parks, shaded footpaths, cycle tracks and carefully tended green spaces.

ROSHN is also bringing its vision to the Kingdom's west coast: ALAROUS, announced in May this year, will add more than 18,000 new homes to northern Jeddah's housing stock. It features the same winning formula of amenities as SEDRA, including its 'open living' design principle built around public spaces, green areas, communal facilities such as local majlis, and 'living' streets characterized by curb-less roads and homes without perimeter walls.

ROSHN is a national real estate developer, owned by Saudi Arabia's Public Investment Fund (PIF). It has a mandate to deliver high-quality living standards to Saudis and support government efforts to increase rates of home ownership. ROSHN builds communities that look both to Saudi heritage and the evolving aspirations of the Saudi people, acting as the master developer, property developer and operator across a broad range of asset classes and land uses, including residential, retail, commercial, hospitality and public/civic facilities.

The Global AI Summit Wraps Up in Riyadh, Reaffirming Saudi Arabia's Growing Stake in Shaping the Future of AI