BEIJING, Nov. 21, 2022 /PRNewswire/ -- From November 18 to 20, the annual DesignerCon kicked off at Anaheim Convention Center, where the booth of the art culture and entertainment brand Pop Mart was under the spotlight.

In its exhibition area of 108 square meters, Pop Mart provided a visual feast of pop art and culture for the audience. The giant electronic screens, art toy sculptures, acrylic lamps and rainbow films have jointly built a dazzling cyberpunk world, making Pop Mart the most eye-catching booth in the whole convention center. 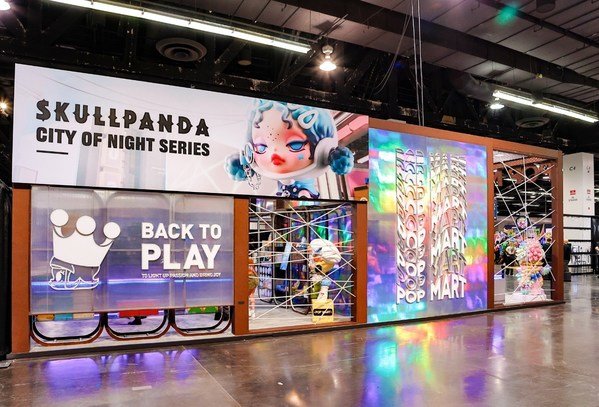 Pop Mart displayed at the exhibition a variety of limited figures, including SKULLPANDA BABY DOGGIE "ROWROW", STEAMPUNK BIKE LOVELY MOLLY, KUMO ICE BEAR, Zimomo Matter, and Red Lobster, which were all featured by artistic design, exquisite craft and manufacturing and fully expressed the designing concepts of artists, and won the affection of many enthusiasts. 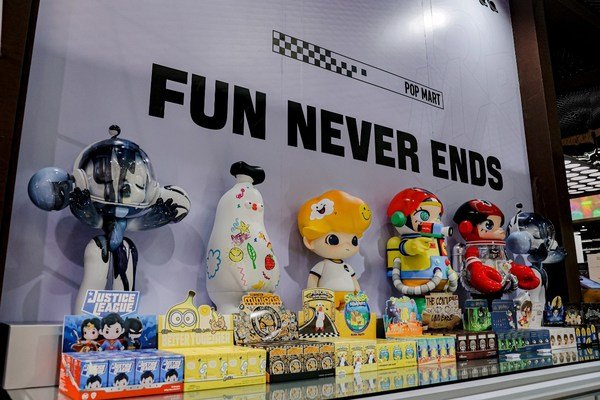 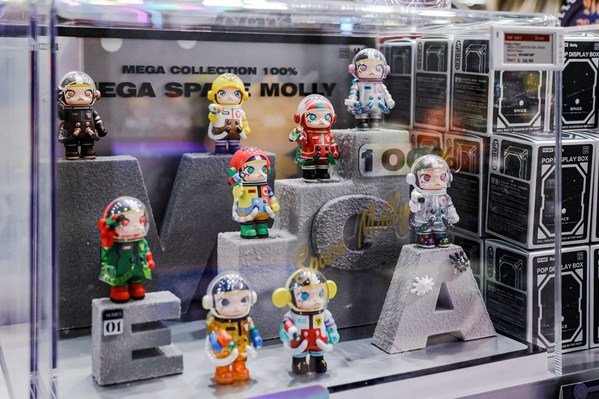 Apart from limited art toys and the MEGA series, the company also presented more than 70 types of blind box series, such as SKULLPANDA City of Night, A Boring Day with MOLLY, HIRONO Little Mischief, Harry Potter and the Chamber of Secrets, and World of Warcraft series, endowing fans the opportunity to get close contact with their favorite figures.

Alan Mai, Director of Pop Mart Western Region, said that "As a global art culture and entertainment brand, Pop Mart attaches great importance to the development of the American market. This year is the second year for Pop Mart to participate in the DesignerCon. We hope the brand concept of our company can reach out to more American consumers through this exhibition. At the same time, the United States is the largest consumer market of global art toys, which will also impact the markets of other countries and regions. Therefore, the expansion of the American market also marks an important step of Pop Mart's pursuit of going global." 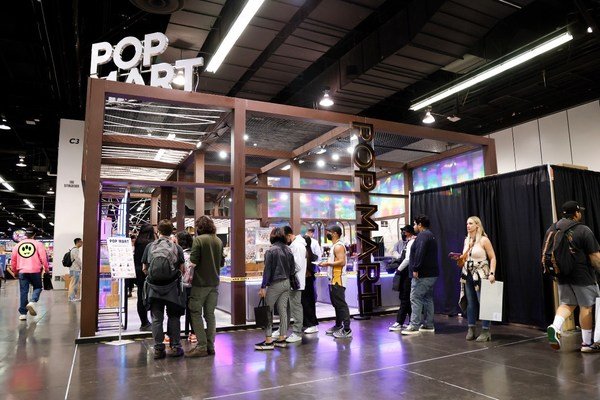 Visitors at the Pop Mart exhibition

Since 2018, Pop Mart has expanded its worldwide presence to 25 countries and regions while popularising art toys through over 350 stores and more than 1,800 Robo Shops globally. In June this year, Pop Mart opened its first pop-up shop in LA South Coast Plaza, offering fans a channel to have a close encounter with the art toy culture.

Pop Mart is one of the most popular art toy brands that is a hot favourite amongst the younger generation today. In 2016, Pop Mart identified the market opportunities for art toys, and started to discover and nurture outstanding art toy artists and designers. This strategy has succeeded to commercialise the niche segment of art toys on a large scale, and started the art toy trend.

With keen insight into art and culture, Pop Mart has successfully built collaborations with iconic design artists such as Kenny, Pucky, Ayan, and SKULLPANDA, and enjoys enormous popularity among fans around the world. So far, it has successfully nurtured famous art toy characters including MOLLY, DIMOO, SKULLPANDA, THE MONSTERS, HIRONO and PUCKY, all loved by global fans.

Besides, the company has been consistently searching for talented artists around the globe. It signed contracts with European and American designers such as COARSE, FLABJACKS, PHILIP COLBERT and MOMIJI, and brought their works to the market in the form of art toys.