SINGAPORE, Nov. 16, 2022 /PRNewswire/ -- From 16th to 19th November 2022, BNI®, the world's largest referral networking organization in the world, welcomes over 2,500 overseas delegates and 300 Singapore business owners to its BNI Global Convention 2022 at Resorts World Sentosa for the very first in-person international event in over two years. 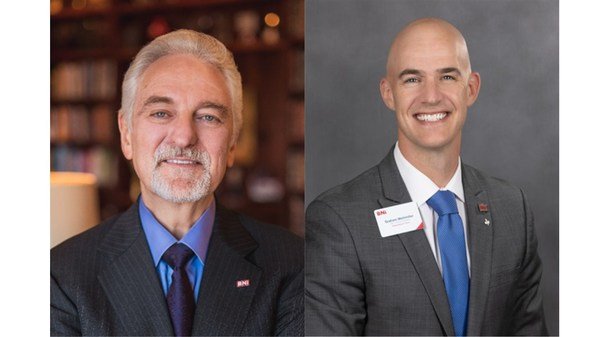 This year, with the theme Bigger Networks, Better Knowledge, and Stronger Businesses, the BNI Global Convention 2022 will not only raise the profile of local entrepreneurs and professionals, but also empower business leaders to achieve extraordinary growth through continued learning. The keynote and breakout speakers will encourage resilience and openness to change in a post-pandemic world, whilst providing an unsurpassed, international platform for successful networking in the global business arena.

Building upon its 7 core values of Givers Gain®, Building Relationships, Lifelong Learning, Traditions + Innovation, Positive Attitude, Accountability, and Recognition, BNI has expanded rapidly since its inception in 1985. It is now present in 76 countries, with over 10,800 chapters and over 291,000 members. In the past 12 months alone, Members of BNI passed more than 13 million business referrals which translated into over US$19.7 billion in business dealings.

This year, Singapore was specifically chosen to host the BNI Global Convention thanks to the country's sound reputation as the region's business hub, its business-friendly regulatory environment for local entrepreneurs, and its enviable ranking in the world's most competitive economies.

"As the region emerges from COVID-19 and as businesses face greater challenges from global issues, there is an even greater need for businesses to collaborate and cooperate with one another," explains BNI's Chairman & CEO Graham Weihmiller. "BNI, with its extensive network of Chapters around the world, provides businesses with an exceptional platform to do just that."

"Holding the BNI Global Convention 2022 in Singapore is a recognition and affirmation of Singapore's importance in international trade relations, and we hope that our Singapore businesses will benefit from the exposure through a platform that values meaningful connections, creates new opportunities, and creates a positive ripple effect for businesses around the world," added Jonathon Chua, Director of Operations APAC & National Director of BNI Singapore.

In Singapore, there are currently 34 Chapters with 1,189 Members, passing over 46,200 referrals, amounting to $73 million in business generated in the past 12 months.

A series of significant activities and showcases are in store for participants throughout the 4 days of the BNI Global Convention 2022, including exhibiting of Members' trades, talks, and networking and award events, culminating in an evening of glamour and exhilaration at a prestigious gala dinner.

On 16th November 2022, a press conference will be held at 1.30pm at Resorts World Sentosa, where members of the press and media will be able to gain invaluable insights into BNI, the economy, and business trends, through a panel discussion comprising of distinguished guests including Dr Ivan Misner, Graham Weihmiller, Jonathon Chua and various National Directors of China, India and more.

For more information on BNI, please visit www.bni.com or www.bni.com.sg.

Dr. Ivan Misner is the Founder & Chief Visionary Officer of BNI, the world's largest business networking organization.  Founded in 1985, the organization now has over 10,700 chapters in 76 countries throughout every populated continent of the world.  Last year alone, BNI generated 12.4 million referrals resulting in more than $18.6 billion dollars' worth of business for its members.

Dr. Misner's Ph.D. is from the University of Southern California.  He is a New York Times Bestselling author who has written 28 books including one of his latest books – Who's in Your Room? He is also a columnist for Entrepreneur.com and has been a university professor as well as a member of the Board of Trustees for the University of La Verne.

Called the "Father of Modern Networking" by both Forbes and CNN, Dr. Misner is considered to be one of the world's leading experts on business networking and has been a keynote speaker for major corporations and associations throughout the world.  He has been featured in the L.A. Times, Wall Street Journal, and New York Times, as well as numerous TV and radio shows including CNN, the BBC, and The Today Show on NBC.

Among his many awards, he has been named "Humanitarian of the Year" by the Red Cross and has been the recipient of the John C. Maxwell Leadership Award.  He is proud that he and his late wife, Elisabeth, are the Co-Founders of the BNI Charitable Foundation. They also reached "empty nester" status after happily raising their three children. Oh, and in his spare time!!!  he is also an amateur magician and a black belt in karate.

Graham Weihmiller is Chairman & CEO of BNI, a position he has held since 2014. Graham is extremely passionate about BNI's unique ability to foster job creation, economic growth, and lifelong relationships through collaboration amongst purpose-driven business leaders. As CEO, he is focused on building The BNI of the Future and dedicated to making the BNI membership experience the best that it can be. His goal is to ensure BNI Members and Leaders across BNI's 70 operating countries achieve their dreams.

Graham also serves as a Director of the BNI Foundation, which helps underprivileged children access life changing educational opportunities throughout the world. Prior to joining BNI, Graham was the CEO of a 35-year-old homecare services company with over250 locations across the United States. Previously, Graham worked in leadership roles with American Franchise Company, Bank of America, and Merrill Lynch.

Graham received his MBA from Harvard Business School and his BBA from The College of William & Mary. He has done subsequent executive education with Harvard Business School in Boston and in Mumbai and is a two-time participant in executive training from Johnson & Johnson's Human Performance Institute. He is a Certified Franchise Executive and a Six Sigma Blackbelt. He was elected to the board of the International Franchise Association (IFA)in 2020 and selected as Vice Chairman of IFA's Franchisor Forum in 2021.  He is an active member of YPO and he speaks frequently on entrepreneurship, franchising, and operational excellence. He has participated in seminars and panels at Harvard University, Stanford University and Georgetown University. In 2020, along with Dr. Ivan Misner and Robert Skrob, he wrote The Connector Effect, which became a best seller on Amazon.

Originally from Virginia, Graham lives with his family in Charlotte, North Carolina. He is a three-time Ironman triathlete, a marathoner, and has summited Mt. Kilimanjaro. He and his wife, Sarah –a pediatric emergency room doctor –are active members of their church, enjoy movie time with their three children, playing with their two German Shepherds, camping trips in the Carolina mountains, and traveling together throughout the world.

BNI ANNOUNCES NEW RECORDS IN BOTH REVENUE AND REFERRALS

A louder voice to the private economy: The 2022 World Dongguan Entrepreneurs Convention opens