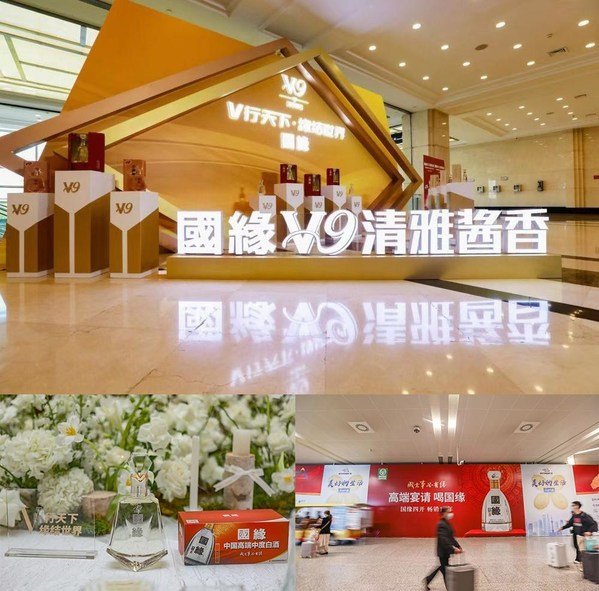 Guoyuan series liquors are at display at the CIIE.

The Global Forum for Brand Equity Strategists, which has been held for four years, is one of the important activities for the exchange of Chinese and foreign enterprises at the CIIE.

During the event, King's Luck Brewery released the development case of Guoyuan series, a new generation of high-end liquor brand in China.

Established in 2004, the brand made a presence at the Shanghai World Expo in 2010, entered the UN in 2018, and appeared at the CIIE in 2021. In the process of high-quality growth, the brand promotes the Chinese luck culture in its efforts to explore the new development path of Chinese brands.

A branding case of the Guoyuan's V series won an award in its endeavor to boost soft power this year.

During the roundtable dialogue, King's Luck Brewery and representatives from global renowned enterprises such as doTERRA, Reckitt Benckiser, RDM Group and Uniqlo discussed the high-quality development and global communication of enterprises, and jointly launched the annual cooperation initiative of Chinese and foreign brands.

At a fraternity activity, Chinese and foreign guests gathered together to taste a liquor product from Guoyuan series and exchanged souvenirs. Qian Zhenhua, the world champion of modern Pentathlon, sent his best wishes to the Chinese and foreign brands.

Shanghai Hongqiao transportation hub, as the main gateway for Shanghai to welcome guests thanks to its comprehensive transportation services, is an important window and bridge for the CIIE. This year, Guoyuan once again appeared in the CIIE exhibition corridor located in the transportation hub, showcasing the historical heritage and innovation of Chinese famous liquors to global visitors.

Looking forward, King's Luck Brewery will lead the Chinese liquor industry to build a new development pattern, and strive to chart a new course for Chinese liquor to go global. Via such efforts, the influence of Chinese liquor is expected to spread to the world and become the Chinese taste enjoyed by global consumers.

The fifth CIIE benefits countries along the Belt and Road